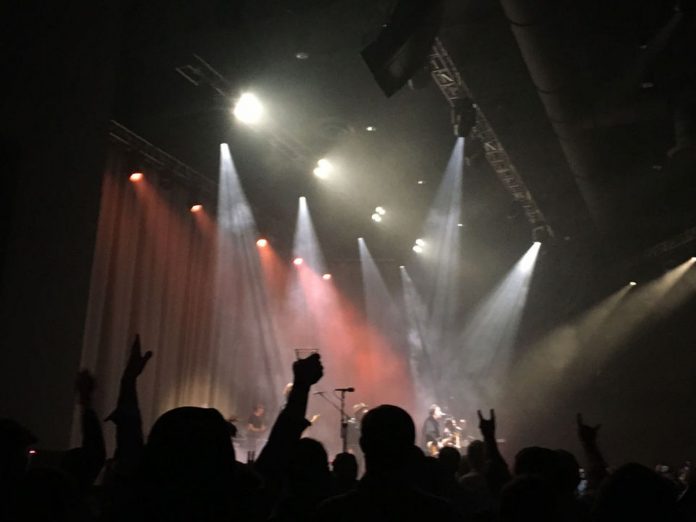 It's 2020 and time as we knew it no longer exits. What was formerly Monday morning isn't that much different from Thursday afternoon now. Months have also become irrelevant.

Mostly confined to home during the coronavirus pandemic. with doors closed to workplaces, restaurants, bars and other places we once gathered, we're appreciating life's simple pleasures more.

We're also bored. We've rearranged the furniture. Done enough mileage on neighborhood walks to lap the equator. Memorized every piece of Joe Exotic's "Tiger King" dialogue and collectively worn out a hole in the internet in general. Pants fell to the wayside weeks ago.

Still, as George Harrison once sang, all things must pass. This includes coronavirus. Eventually the pandemic will subside, gathering places will reopen we'll all put on pants again and gather. Below is a list of 20 places in Huntsville it will be awesome to get back to, when that happens. This is not a list of most-iconic places. There are some of those in there, sure. But also. some fantastic newer things. See you there, on the other side of this.

Opening Jan. 3 with a dynamic concert by Americana star Jason Isbell, the Von Braun Center's new 1,600-ish capacity venue was off to a hot start. Soon, Mars was bringing in shows by established faves and rising talents that skipped over Huntsville for years, because there wasn't the right venue here for them. And things were only getting hotter. Exciting upcoming bookings included Fleetwood Mac legend Lindsey Buckingham. In the few months Mars was open, the venue helped satiate concert fixes for fans of everything from bluegrass to heavy-metal. When Mars can do shows again, and people are comfortable going to concerts again, that place is going to shake.

Think we might be ready for a laugh when the pandemic's over? Well, Stand Up Live has been bringing funny to Huntsville since 2017. The club has already hosted an impressive tally of comedy stars, including Colin Jost, Chris Tucker, Andrew Dice Clay and many others.

Many dedicated Huntsville foodies haven't yet been inside Huntsville's most exciting new restaurant. That's because, after a long gestation period, Phat Sammy's opened mid-March as pandemic alarm was intensifying. Restaurants and bars were required to close their dining rooms not long after. But this basement spot's imaginative Asian fusion food, exotic drinks and tiki-themed décor should provide perfect post-pandemic escapism.

If you've ever wondered how much it would suck for Huntsville to not have Lowe Mill, welcome to my nightmare. Having evolved into a Huntsville institution, the sprawling arts center is our go-to for everything from intimate live shows (Tangled String Studios), affordable outdoor music (Concerts on the Dock) and free gallery exhibits, to vinyl records (Vertical House), sweet treats (Pizzelle's Confections), and locally-made wares. When it reopens, Lowe Mill will seem more prismatic and cornucopic than ever.

Panoply is a festival anyone from eight to 80 can dig. National, regional and local live music, bustling art marketplace, vibrant kids' activities and fun food and drink, all taking place at downtown's lovely Big Spring Park. This year, coronavirus canceled Huntsville's signature event. It's only the second time that's happened since Panoply's 1982 debut, the other being the devasting 2011 tornadoes here. Event organizer Arts Huntsville has vowed Panoply will return next year. Huntsville families will likely cherish the festival like never before.

Hey, we all enjoy streaming video content from the comfort of a couch. But when there's a movie that begs for it, in the theater is tops. Such an immersive getaway into plot, character and pow. There are several worthy theaters in Huntsville, including AMC Valley Bend 18 and Touchstar Cinemas Madison Square. Something about seeing flicks at Bridge Street just seems like a little more of an event, even if it's just a six-buck or so matinee on a whim. Plus, there I can reserve my favorite seat, top row, on the aisle.

If music's a healer, Dave Gallaher is part doctor and part witch doctor. Huntsville's "Microwave Dave" made his name in the '80s as a blues guitarist and bandleader, and in decades since his music keeps adding colors. Blues feel is always root though. In recent years, blues doesn't receive anywhere near the mainstream attention it did during the Stevie Ray Vaughan '80s or Kenny Wayne Sheperd '90s. But when done right, this indigenous American artform remains supremely expressive. And Gallaher is one of the best alive at doing that, whether in solo electric sets at A.M. Booth's Lumberyard or Humphrey's Bar & Grill, or raucous adventures with his band The Nukes at Voodoo Lounge, etc.

Huntsville's most delicious dive. The Page is dark, funky and untrendy, all the more reasons to love this South Huntsville mainstay. With its hearty lunch specials, classic rock & roll and unshaven atmosphere, it's all local character and color.

Last year's '60s art overview (Warhol, Rauschenberg) and Woodstock photography were a compelling one-two It's all about the museum's $5 after 5 p.m. on Thursdays - fine art for less than fast-food.

Achieving liftoff in February, La Esquina Cocina was something downtown dining was sorely missing: authentic yet stylish Mexican eats, drinks and hang. Before coronavirus changed, well, everything, La Cocina was deservedly building buzz and clientele. Betcha they build it back.

Home to Huntsville's fertile craft-brewing scene's twin-towers (Straight to Ale and Yellowhammer), scrappy music bars (Lone Goose Saloon and The Bar at 805), amazing pizza (Earth and Stone) and on and on. 805 is, for many locals, number one for good times.

Come for the terrific tacos. Stay for the bodacious brisket and smart sides. Fire & Spice started as a food-truck and grew that into a welcoming family-friendly Southside restaurant.

Our public library rocks - with its excellent holds system it's an analog mashup of Netflix, Kindle and more. Libraries conjure images of schoolmarm shushing and dusty texts. But the HMCPL stocks an impressive array of contemporary material. My recent checkouts included: music memoirs by Flea, Debbie Harry and Prince, Jeff VanderMeer's trippy novel "Dead Astronauts," gritty Adrian McKinty thriller "The Chain"; buzzy Kristen Roupenian collection "You Know You Want This," and Questlove's "Mixtape Potluck" cookbook. The DVD selection is often as good as or better than streaming services. Not to mention, HMCPL's heroic selection of graphic novels and comic-book anthologies.

Whether you're a dedicated player, just getting started or picking it up again, playing music is an incredible outlet, stuck at home or free bird. Can't really test out a guitar on eBay or Reverb before buying it. Local music stores like T. Shepard's and Fret Shop let working artists and hobbyists alike kick the tires, so to speak, on gear before adding to their rigs. And their personal touch and repairs are a simpatico big boxes can't touch.

The Garage at Clinton Row
Clinton Avenue, between Jefferson and Washington streets
shopclintonrow.com

Leave it to Huntsville to repurpose the first floor of a parking garage into small business mojo. There's hot pep at Honest Coffee, cool looks from Roosevelt & Company and Elitaire Boutique, chic gifts at Caley Paige, and brews and eats at Self-Serve Drinkery. All on one side of a city block, right in the middle of downtown.

An open-air, second floor bar at the sexy AC Hotel, BarVista opened mid-February with killer vista and bright future. Craft cocktails, a planned tapas food menu and aforementioned view, all the makings of a special night.

It's located in a humble strip-mall space. The Vietnamese cuisine's tasty enough. Despite no website or official social media presence whatsoever, there's often a line of customers waiting to be seated. Viet Huong's all about the food. Sure, you may glance up from your pho or clay pot entrée to a see a hipster or two in the next booth or table, but working-class, everyday people pack the place.

Spring is primetime for Greene Street, which has blossomed from a place to buy locally grown produce, meat, cheese, homemade jam, etc. into the starting point for a chill Thursday night out downtown.

Stovehouse
3414 Governors Drive SW
Upon its summer 2019 bow, this "food garden," an outdoor version of those urban food halls, seemed engineered for Huntsville jackpot. In addition to the nifty mix of half-dozen food-stalls (the genetic link between food trucks and regular sized restaurants), Stovehouse, during non-pandemic times, hosts a well-curated mix of top Huntsville musicians. The facility is versatile enough to be able to accommodate guests in an indoor dining area. But Stovehouse was created with Huntsville's temperate months in mind.

The best shows I saw in a rock club last year, by vintage (L.A. Guns), new (Dirty Honey) and local (Rob Aldridge & The Proponents) bands, each took place at SideTracks. Some 400-plus gigs in, this no frills music bar has earned its grit - and growing cred among touring acts that have performed there. What other Huntsville stage regularly hosts both "names" and local faves?