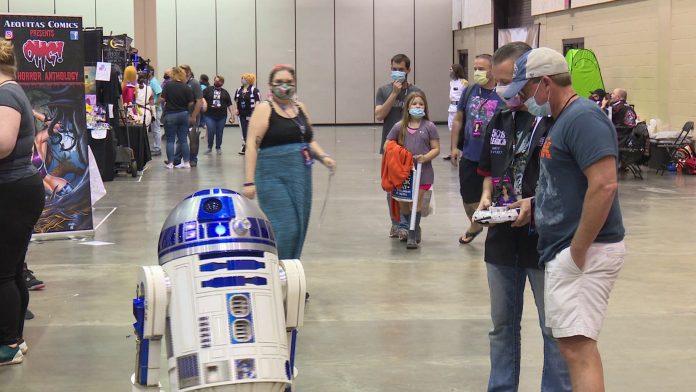 HUNTSVILLE, Ala. – A lot of non-profits are having to find new and creative ways to raise money right now. Some have postponed events because of the COVID-19 virus. But the Melissa George Neonatal Memorial Fund is diving in head first into a pool of hope this year.

For the past 14 years, kids signed up, raised money and swam for Melissa’s fund which was set up by her parents, Chris and Amy George shortly after her death. That money is used to buy critically needed equipment and support programs at the Regional Neonatal Intensive Care Unit at Huntsville Hospital for Women and Children.

When the COVID-19 pandemic hit earlier this year, Chris and Amy faced a big decision. “Taking a year off just didn’t feel like an option for us,” Amy told me, “because the need is still there.”

Not even a virus could stop the 15th annual Swim for Melissa. But things will be different. “It’s very different,” Amy said with a sigh, “it’s very different but it’s the right thing to do. We don’t need to be going to the pool this year.”

It’s disappointing for the kids and everyone involved, but best to play it safe. “I just think we’ve just got to wrap our heads around the fact that we’re living in a different world right now and we’re having to do everything different,” Amy said. “The same with this year’s event. It doesn’t mean that it’s like this forever, but it is like this, this year.”

Close to 200 kids swim laps every year. Right now, that number is about two dozen. “We’re not swimming but we are still asking kids to put their teams together and to virtually raise money over the summer,” Amy said with a smile.

Teams have been doing that for years. “Send emails to your family, friends, aunts and uncles, grandparents and you ask them to give,” Amy said, “That part has not changed. We’re still doing that. The part that has changed is we’re not going to the pool.”

They were forced to come up with a plan B this year. “Or in the office, we’re calling it plan V for virtual,” she said with a laugh, “But we’ve come up with this neat idea where we’re going to on August 22nd do a drive through parade.”

It’ll be a swim-less celebration for what the kids do for the tiny little miracles in the NICU. “We didn’t want them to just raise money over the summer and that be it,” Amy told me, “We still wanted to come up with a fun event for them and I think we’ve done that. They’re not swimming but I think this is the next best thing.”

It will be an event to remember at Jaycee Way off Airport Road. “We hate that we’ve had to pull out the swim part, but I mean, that’s reality right now. That’s life,” she said, “But we think the drive through parade we’ve come up with, it’s going to be so much fun.”

To sign up for this year’s Swim For Melissa or Miracle Bash, here’s a link to the Huntsville Hospital Foundation website.