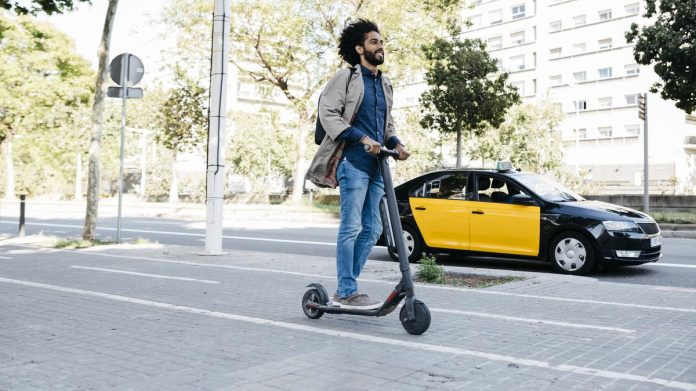 Businesses have long boomed in the South. From agriculture to manufacturing, Southern states have substantially contributed to the nation’s economy in the past, and they continue to play a vital role today. Last year, five Southern states made U.S. News & World Report’s top 15 states with the strongest economies. They include Florida, Georgia, Tennessee, North Carolina and Texas.

Electric scooters and shared bicycles are taking over many urban areas. These single-occupant, rentable vehicles are known as micromobility. In today’s business landscape, they offer a lot of promise. According to a Deloitte study, micromobility has many benefits for cities, including “improving congestion, complementing public transportation and reducing individuals’ carbon footprint.”

The South has been more eager to adopt this new transportation option than many other regions of the United States. Speaking to Pew Charitable Trust, Lindsey Gray West, co-founder of the Birmingham, Alabama bike-share program and head of Bantam Strategy Group, pointed out that the hot, hilly nature of many Southern states make them ideal for electric scooters. They allow a quick ride to work without resulting in sweaty clothes or a huge carbon footprint.

Pew Charitable Trust said that unlike metropolitan areas in other states, the South is using micromobility to draw people into their sprawling downtowns to sidestep congestion problems, making Southern markets more open to micromobility companies.

Solving transportation issues and helping to combat pollution, the industry will likely grow if it can continue to work with leaders in cities to bring the products to market safely.

You might think of Hollywood when you think of film production, but the South is making a splash in the industry. In fact, Southern states are encouraging this emerging industry with state incentives. Alabama has had more than a dozen entertainment projects qualify for state incentives since October 2018. The program is dependent upon the industry hiring people and spending money in the state.

Kathy Faulk of the Alabama Film Office said, “From the beginning of the fiscal year, the Alabama Film office has experienced the highest volume of filming since 2009 when the legislation was passed to offer tax incentives for film projects.”

Texas has a long history in film production, dating back more than a century. The economic impact of the film industry in Texas is huge. In 2017, the Texas Moving Image Industry Incentive Program created 19,400 local jobs, according to the governor’s 2018 report.

Louisiana is experiencing an uptick in film production. In the past decade, it's been home to the production of more than 400 films, including “Dallas Buyer’s Club” and “Fantastic Four.” Their crew base has grown by more than 400% in less than 20 years.

The rich landscapes and architecture of the South will likely continue to draw in film production in the coming years. This emerging industry offers plenty of job opportunities, revenue and exposure for the states.

A long-time staple of the southern economy, aerospace is evolving as a more significant area of opportunity and growth for many states.

South Carolina offers an excellent example of a state where aerospace has taken off in recent years. The industry has an economic impact of more than $19 billion annually and creates thousands of jobs.

Investment in aerospace in South Carolina picked up in 2009 when Boeing decided to build an assembly and delivery facility in North Charleston. Today, 22,000 South Carolina residents are employed in the aerospace industry. What’s more is 5,200 new jobs were added between 2011 and 2018, according to the South Carolina Department of Commerce.

Boeing employs about 2,700 people in Huntsville, Alabama. Norm Tew, vice president and general manager of the Missile and Weapon Systems Division, said, “Boeing’s Alabama employees are designing, building and supporting some of the most advanced and most critical aerospace systems in the world.”

Other aerospace companies making major investments in Alabama include BAE Systems and Carpenter Technology Corp. They seek to expand their existing facilities in the state to meet demand. Aerospace has gained new initiatives in the state of Alabama, as well. For example, BlueOrigin, a space flight company started by Jeff Bezos plans to produce equipment in the state.

Cannabidiol, or CBD, is a natural component of cannabis and hemp that is experiencing increasing demand in the United States. Most recognized as an oil, CBD is used in a variety of products, including beauty products, food and beverages. Thanks to the passage of the Agricultural Improvement Act of 2018, CBD is now legal in all 50 states, leading to a boom in the industry.

According to a 2019 report by Hemp Industry Daily, Kentucky, North Carolina and Tennessee are some of the top states manufacturing CBD. Arkansas, South Carolina and Virginia are ranked as new and emerging markets.

Kentucky has 209 licensed growers of hemp, followed by North Carolina with 97 and Tennessee with 79. As an emerging market, South Carolina had 20 farmers cleared to grow hemp on roughly 350 acres in 2018. Virginia’s law to permit commercial production of hemp took effect in March 2019 and results are yet to be seen. In January 2019, the Arkansas State Plant Board issued hemp licenses to four companies and licensed a couple of others as dealers and labelers in the state.

As increasingly more Southern states examine what commercial CBD production looks like for them, this emerging industry is worth keeping an eye on.

Urban farming has many economic, environmental and community benefits. Across the country, urban farms are taking off as viable business ideas. This opportunity for city dwellers to join the agriculture world by growing crops and raising livestock is gaining popularity. Some Southern cities are leading the charge in this emerging industry.

One city that seems ahead of the curve when it comes to urban farming is Austin, Texas. Austin’s community gardens produce about 100,000 pounds of organic produce for Austin residents each year. Austin established the Sustainable Urban Agriculture and Community Garden Program in 2009 to streamline the process of farming on city land.

Alabama is also exploring the benefits of urban farming. In southwestern Birmingham, a seasonal high tunnel, a type of greenhouse, produces vegetables for the community and provides job opportunities and educational experiences for many young people in the city. Huntsville has more than 20 community gardens.

As people around the country focus on sustainable solutions and want to know where their food is grown, the urban farming industry is important to watch.

It’s not just Silicon Valley and coastal states leading in technological advancements. The South is making its mark, as well. Urban Land Magazine stated, “Technology has become integral to the South’s economic well-being and is becoming a factor in real estate development in areas that had not been known for high tech.”

The magazine goes on to highlight Tampa Bay’s tech corridor that is becoming a life sciences innovation staple, as well as making strides in defense and security. In North Carolina, Raleigh and Durham also are focusing on tech growth.

In Alabama, the IT sector employs more than 15,000 residents, resulting in more than $1 billion in annual revenue. In Birmingham, BBVA started a $400 million systems upgrade that created jobs for 650 people.

As more technology companies look for areas to grow their teams, the South offers great options with ready workers. Amazing Alabama stated that Alabama alone had more than 4,400 IT graduates in the last five years.

If you’re interested in entering any of these high-growth industries, consider expanding your skills with our online MBA program. With UWA Online, you’ll earn your degree entirely online at one of the state’s most affordable institutions.