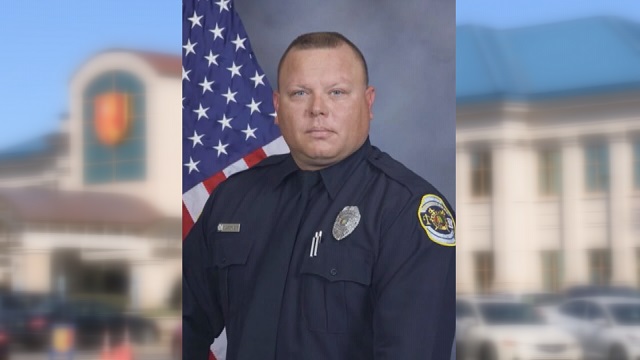 The U.S. Attorney’s Office for the Northern District of Alabama announced on Tuesday that a federal grand jury returned an indictment last week charging Devonte Lemond Hammonds, 27, with fraud on customers of the U.S. Postal Service, and fraud on the memorial fund set up to provide aid to Clardy's family.

Hammonds is charged with one count of access device fraud and three counts of wire fraud. A news release from the U.S. Attorney’s Office says the accused fraud happened in December 2019 after Clardy was killed in the line of duty.

Authorities say in the release that Hammonds is accused of using "the identity of another person to open a bank account and transfer funds from the Billy Clardy Memorial Fund bank account to the fictitious account for his own use. Hammonds also devised a scheme to defraud customers of the U.S. Postal Service.”

He's accused of using the U.S. Postal Service website to reroute mail from postal service customers to addresses in Birmingham. Authorities say he would use the rerouted mail to gain personal information, which was in turn used to pay bills, make purchases and open new accounts.