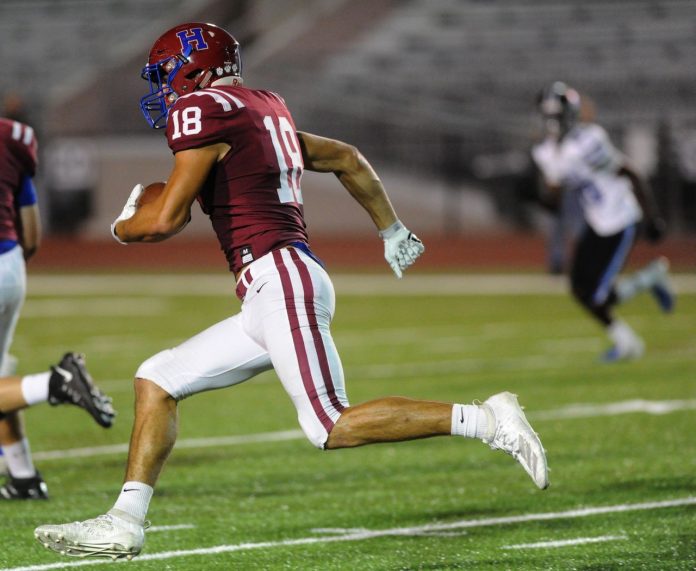 
Editor’s note: The A-List is AL.com’s ranking of the top 15 recruits in the state of Alabama’s Class of 2021. The list will be updated several times during and after the 2020 season. The countdown continues today

Jackson West hesitated only briefly while pondering the question about life amidst the COVID-19 Pandemic.

“Things definitely aren’t normal and football-wise, we’re really just getting into the swing of things,” said West, who’s the AL.com A-List No. 8 senior. “It has been a blessing to have football. For some of us, it’s the only place we go to all day.”

The 6-foot-4, 230-pound West plays football and basketball for the Panthers, but his future lies in football. He was recruited for football by a multitude of schools, including Florida State, Duke, Air Force, Army, Indiana, Memphis, Pittsburgh and more.

He enjoyed the recruiting process before choosing Florida State early in June.

"Recruiting wasn't bad," West said. "It was honestly a blessing to know how far I've come and it showed me the progress I've achieved. There were times when it gets in your hair because you're trying to focus on other things, but you try not to close any doors."

West is the prototypical tight end with excellent blocking ability and even better pass-catching aptitude. Good speed and quickness allow West to be a threat on any play he touches the ball.

He played sparingly on the offensive side as a sophomore for the Panthers after first starting for Lee-Huntsville at defensive end as a freshman. His junior year was spent at tight end, but he’ll probably play on both sides this season.

West expresses no position preference as long as he helps the team win.

"You still get to hit people and you get to catch touchdowns on offense," West said.

Regardless of where he plays, West is also determined to get better.

"He's got that desire," said Huntsville coach Mark Fleetwood. "He doesn't just want to be another player, he wants to be the best player. His work ethic on the practice field is second to none. The way he practices is the reason he does so well. He does things at only one speed."

Coaches recognized his leadership ability and named him one of this year's captains.

“It’s unbelievable, especially getting nominated by the coaches,” West said. “It means they recognize what I’ve done on the field and off the field. I love the responsibility that comes with it. I think a lot of these guys appreciate me being there and I appreciate them.”