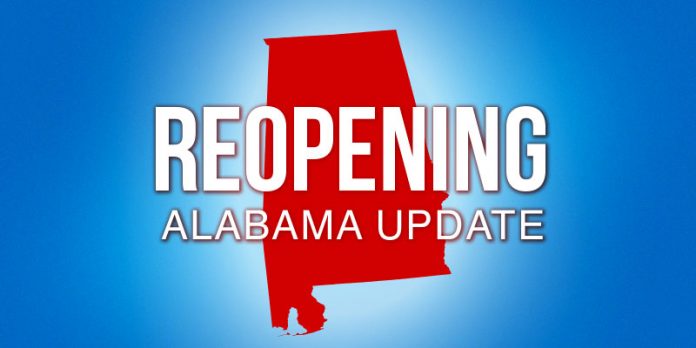 Congressman Bradley Byrne (AL-01) called for a reopening of retail establishments, personal service businesses, restaurants and beaches by May 1. He advised that Governor Ivey should make an announcement of her intentions no later than Friday, April 24 in order to provide businesses with enough time to prepare.

The reopening of beaches is a notable inclusion by the Gulf Coast congressman given that some tests have shown sunlight destroys COVID-19 quickly.

Budget shortfalls. Budgets at all levels of government are taking a hit. When people do not work, revenue stops. It is a simple formula. On Tuesday, State Finance Director Kelly Butler estimated the state’s budgets have a $1 billion hole. Lt. Governor Will Ainsworth responded on social media Wednesday to a report that the city of Montgomery is facing a $23 million shortfall.

We HAVE to find a way to SAFELY reopen our economy or we will bankrupt our cities and state. Additionally many business will be closed forever.There has to be a balance and the small business commission chaired by @DannyGarrett44 layed out a plan to do that.Reopen Alabama Safely https://t.co/opN9FZOua0

Testing, testing…One, two, three. There has been a lot of discussion about testing, but very little about what that means. On Tuesday, Governor Kay Ivey said, “Until we get enough testing done, we can’t fully reopen our economy.” A spokesperson for Ivey later told Yellowhammer News that Ivey’s view on testing aligns with President Trump’s.

One aspect of testing, and its effect on reopening, that became clear on Wednesday was that testing of workers before reopening is not required. Huntsville Hospital CEO David Spillers said, “Right now, to remind the business community, it is not a requirement that everybody be tested to go back to work, and it’s not following the CDC guidelines to test to go back to work.”

It is not clear whether areas of the state, such as Huntsville, which have sufficient testing will be allowed to reopen ahead of areas deemed to not have enough testing.

“The data is in — stop the panic and end the total isolation.” That is the title of a piece by Dr. Scott Atlas published in The Hill on Wednesday. In the article, he outlines five facts he says are being ignored. One of the facts, he asserts, is: “Vital population immunity is prevented by total isolation policies, prolonging the problem.” A common misconception is that the coronavirus will go away the longer we stay isolated. That’s not true. Flattening the curve merely stretches its effects out over a longer period of time. Whether Alabama reopens on May 1 or August 1, the virus will still be waiting.

A Yellowhammer reader offered his views on this point in response to an article on the site yesterday.

The business of reopening. Organizations across Alabama have offered guidance to businesses on how to reopen. The Chamber of Commerce of West Alabama released its Playbook for Reopening, a comprehensive guide addressing the needs of a wide-range of businesses. The Alabama Technology Network, a division of the community college system, published detailed guidance for sanitizing in the workplace.