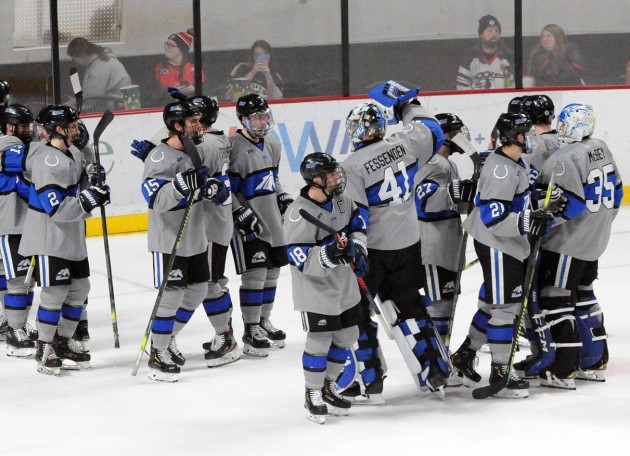 
The financial fallout from the coronavirus pandemic hit men’s college hockey on Friday when Alabama Huntsville announced it is dropping its program, effective immediately. The university also announced it is eliminating men’s tennis and women’s tennis.

“We are making this decision now to allow our student-athletes in hockey, men's and women's tennis programs to have the opportunity to play at another institution if they choose to do so,’’ UAH President Darren Dawson and athletic director Cade Smith said in a joint statement.

A member of the WCHA since 2014, Alabama Huntsville already faced an uncertain future after seven members of the conference announced last June that they’re leaving the WCHA to form another league, which turned out to be the new CCHA. That left the Chargers, Alaska Anchorage and Alaska (Fairbanks) as programs looking for a new home beginning in the 2021-22 season. Now, it’s only the Alaska schools, who faced the possibility of elimination last summer because of budget cuts in the university system only to get a late reprieve.

“I’m saddened by this news because I highly respect Coach Mike Corbett, who has done a lot to push their program in southern part of the United States,’’ WCHA Men's Commissioner Bill Robertson said. “He’s done as good as he can possibly do. He deserves to be in college hockey going forward, and he’s done a tremendous job developing that program.’’

The loss of Alabama Huntsville leaves Division I men’s hockey with 59 programs, though Long Island University announced April 30 that it is adding men’s hockey as a D-I varsity and plans to play in the 2020-21 season, though the Sharks have yet to hire a coach or announce a schedule.

Alabama Huntsville struggled mightily in 2019-20, posting a 2-26-2 overall record and finishing last in the WCHA with a 2-20-6 mark. The Chargers finished eighth or lower in six of their seven years in the 10-team league after previously being an independent team. A Division I program since 1988-89, UAH earned NCAA tournament berths in 2007 and 2010 as College Hockey America tournament champion.

The impact of the coronavirus crisis hit Alabama Huntsville swiftly. In April 2019, the school announced plans for a new multipurpose on-campus arena and began the early stages of fundraising. Smith in a July interview stressed his school’s situation isn’t like what the Alaska schools faced.

“We often get lumped in with the Alaska schools, but we’re different,’’ he said. “We’re in good financial shape, and a lot of commitments have been made to better our hockey program and all our athletic programs.’’

The loss of Alabama Huntsville leaves the WCHA with nine teams, and Robertson expects both Alaska programs to play in the 2020-21 season. He talked with representatives of both Anchorage and Fairbanks on Friday.

“They are going to continue to play college hockey,’’ Robertson said. “The idea is that they would like to keep the WCHA alive and moving forward and have asked me to talk to as many colleges as possible in joining our league.’’

Robertson continues to do just that, though he acknowledged it’s a big hill to climb in these uncertain financial times. “I’ve been in contact with a lot of schools, and I’m continuing to try to nurture that and move it down the ice, so to speak,’’ he said, though not identifying specific programs. “I don’t have any answers right now, but I hope to sometime in the fall if we have the ability to move forward with the WCHA with a five- or six-member league.’’

“With what’s happened with COVID-19, every institution across the country is looking at every expense they have,’’ Robertson said. “In college athletics, it’s a situation where every stone is going to be unturned to take a look at what they can do to come back from the loss of revenue. I’m not surprised that a school like Huntsville or any other school is looking at all their sports and having to make tough decisions.’’

SpaceX’s Starship may land people on the moon. Its first mission? Don’t blow up.