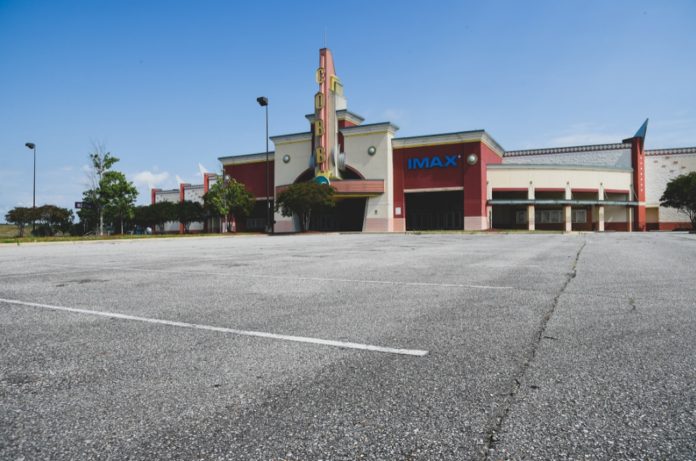 
Alabama’s theaters may be closer to reopening this month, following announcements from some of the nation’s cinema companies.

At the same time, the country’s largest chain says the way forward following the coronavirus shutdown may be rocky.

Theaters shuttered back in March nationally as the coronavirus lockdown went into effect. Theater chains said they planned to stay closed until new product began circulating out of Hollywood. Alabama’s drive-in theaters are already doing business in some cities, while coronavirus restrictions have relaxed to allow entertainment venues to reopen.

Cinemark, which owns the Cinemark Bridge Street location in Huntsville, announced this week a four-phase plan to reopen its movie houses, beginning June 19, according to BoxOfficePro.com. The plan begins with five theaters in the Dallas-Fort Worth area reopening as a test, with a third of the chain’s theaters following a week later. Then another third the next weekend, with all 344 projected to be operational by July 10. The chain appears to be readying itself for the expected July 17 premiere of Christopher Nolan’s “Tenet.”

In the meantime, the chain says its theaters are expected to show films that were in theaters when chains closed back in March due to the pandemic, along with old favorites. Tickets will be discounted until new releases appear, and there will be special concessions promotions. The chain does say these plans could change for a number of factors, such as coronavirus flareups.

At the same time, the chain anticipates increased cleaning, disinfection of seats between shows, employees wearing masks and staggered showtimes for social distancing.

Texas-based Premiere Cinemas, which has six locations in Alabama, has announced reopening on a theater-by-theater basis. Updates should follow on social media.

At the same time, AMC, which has 18 locations in Alabama, warned Wednesday in a public filing, that it has uncertainty about its future beyond reopening. The warning is typical of publicly-traded companies, but the company stated it is "generating no revenue from admissions, food and beverage sales, or other revenue, which represent substantially all of our revenue and cash flow from operations.”

The company could file for bankruptcy and continue operating, analysts said. Last month, rumors circulated that Amazon was in talks with AMC about a possible deal.