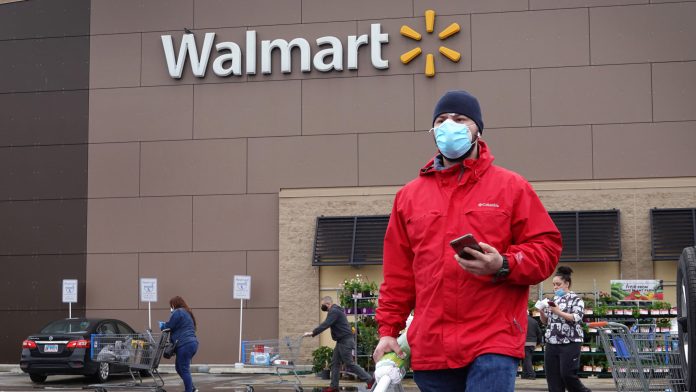 HUNTSVILLE, Ala. – It’s been 100 days since Governor Kay Ivey a state of emergency because of the COVID-19 pandemic.

On Monday, Madison County had 711 COVID-19 cases. The county has seen that increase by more than 100.

Health officials say about two in 10 cases require hospitalization. Huntsville Hospital said Thursday they have 87 inpatients in North Alabama hospitals. That’s up from 70 on Monday, which was the previous high figure.

There were 23 inpatients in Madison County Monday. That figure is 34 today.

Huntsville Hospital also said of the 87 inpatients in North Alabama, 30 are in intensive care units and 3 are on ventilators.

Statewide, the hospitalized figure continues to trend upward. The state reports Thursday that 695 patients were hospitalized across Alabama. Over the past 14 days, the state has seen nearly 700 cases a day.

The 14-day moving average, a figure that hospital officials say they’re monitoring closely, is also rising sharply after being largely flat into early June. During the last two days, the state has averaged just over 1,000 cases a day.

“I’ve had in the back of my mind, for no other reason than trying to look at the numbers and how they translate into hospitalizations, that somewhere around 1,000 patients a day over a 15-day period is probably going to start to some stress on health care systems throughout the state of Alabama,” Spillers said. “I think we’ll adjust to that if we have to and it goes up, but I’d certainly love to see that number level off at that and not continue to go up after we get to 1,000 a day.”

Like a number of states, Alabama has seen a steady rise in cases since the economy reopened. Local officials said late last week they’d keep an eye on case numbers which — given the rise — could drive Huntsville, Madison and Madison County to pursuing a mask ordinance.

WHNT News 19 also reached out to Governor Ivey’s office to ask if she had any plans to publicly address what’s going on. A spokeswoman said no announcement is planned at this point.

You can read the full statement below:

“Governor Ivey and Dr. Harris continue closely monitoring the evolving COVID-19 situation and are aware of where our state currently stands with the virus. The governor and our Office routinely have discussions with Dr. Harris and the team at Public Health as we determine how to best move forward.

As we have learned throughout this pandemic, the situation rapidly evolves, and Governor Ivey and Dr. Harris are keeping a very close eye on how we are doing in Alabama. Governor Ivey continues to reiterate that the threat of this virus is not behind us.

Until our next update, the governor continues to stress the need for personal responsibility. If we do not take it upon ourselves to keep ourselves and others safe by taking smart health precautions, we cannot expect to make progress. Our health care workers are doing their part. We are seeing businesses make sacrifices, and Governor Ivey has faith in the people of Alabama to be smart as we wade through this health crisis.

At this time, the current Safer at Home order remains in effect until July 3. As Governor Ivey has said on-the-record multiple times, you cannot have a life without livelihood. She urges every Alabamian to do their part as we continually work to combat this virus and regain the footing and momentum we had just a few months ago.”