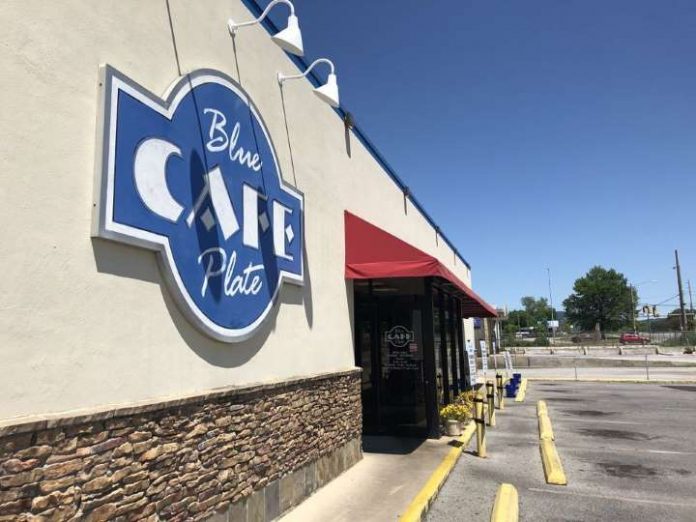 
On the day of Alabama’s grand reopening, Huntsville mostly took a pass.

Popular shopping districts were deserted as stores remained closed and even though restaurants could open their dining rooms for the first time in more than a month, it seemed on Monday that most were waiting a few days longer.

And with Redstone Arsenal – north Alabama's largest employer – still closed except for the most essential personnel, all was quiet across the state's second-largest city.

"Some places are taking it cautiously," said Claire Aiello, spokeswoman for the Huntsville-Madison County Chamber of Commerce.

While state health orders seeking to stem the spread of the novel coronavirus gave a halting stop to the state's economy, the engine didn't exactly rev up to full speed on the first day of the state essentially being declared open again – albeit with social distancing guidelines still in place for businesses to follow.

At Bridge Street Town Centre, the national retail outlets seemed to be following their own calendar and not necessarily the one outlined by the state of Alabama. A walk through the outdoor shopping district revealed signs on seemingly every door of businesses from restaurants to specialty clothing to department stores with their own unique messages.

Some businesses still announced they would be closed through March – a call back to when the spread of COVID-19 first impacted Alabama. Others declared themselves closed indefinitely while others set future dates for reopening.

And some stores were open – the front door of Chico's, an upscale store for women's apparel, was propped open at both Bridge Street and Parkway Place, north Alabama's largest indoor shopping mall.

The Apple store at Bridge Street informed customers with a front door sign that it would reopen Wednesday. And just inside the front door, a dispenser of hand sanitizer stood waiting for those customers.

Restaurants at Bridge Street were quiet, too. While Connors Steak & Seafood opened its dining room, other eateries such as P.F. Chang's China Bistro and Bravo Italian restaurant were still serving only take-out meals.

The story was much the same at Parkway Place where the food court remains closed – although some restaurants were operating Monday – and retailers are mostly closed. Among the exceptions was Nail 4 U salon, which had a bustling business with customers waiting for pedicures and manicures. Williams-Sonoma, which specializes in home furnishings and kitchenware, was open for "appointment shopping only."

One of the mall's anchor stores, Dillards, will reopen Tuesday while Belk was open but with some entrances closed.

Closer to downtown, Blue Plate Caf 1/4 u00e9 – the see-and-be-seen lunch spot on Governors Drive – is getting ready to reopen its dining area. Justin Sparks, the restaurant’s managing partner, said plans are being made but the focus Monday was on starting take-out service at the restaurant’s newer location on South Memorial Parkway.

Sparks said he's aiming to open the dining room at Blue Plate on Governors later this week or next Monday at the latest. He said he's secured plexiglass shields for the bar and cash register areas and is working out a schedule for employees to document washing their hands.

"We've measured out our dining room and what tables we can and can't sit," he said. "We've ordered masks to be compliant. I've got some now for when we do open for dine-in service. We've got some timesheets to make sure everybody's documenting when they wash their hands, wearing gloves, things of that nature."

“Have you heard anything about when the arsenal is going to open back up?” he asked.

Blue Plate draws a heavy crowd from the Army base for its lunch as well as the medical district and the Madison County Courthouse, Sparks said.

"We're hoping the arsenal will open up by at least next week," Sparks said.

Aiello, with the chamber of commerce, said of the arsenal, “Until that crowd comes back, we’re not going to look much different (than during the shutdown).”

Chad Emerson, CEO of Downtown Huntsville Inc., said restaurants in the area have taken different strategies to the reopening.

"It's really a mix of restaurants that have opened their dining room, their patio, some just a patio and some neither," he said.

"I think it's really our community, on a case-by-case basis, being real deliberate, which is important."

Downtown Huntsville is filled with small businesses, many just getting started as the district has undergone a rehabilitation into a vibrant shopping and dining area. Emerson said, though, that no businesses have permanently shut down because of the pandemic economic crunch.