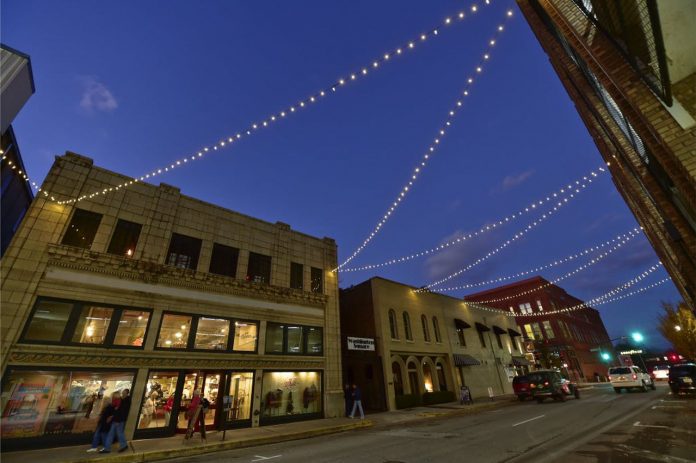 
Huntsville is calling people out of quarantine this weekend with a lineup of street performers throughout downtown in an effort to restore a level of “normalcy” in the coronavirus era.

Arts Huntsville announced Wednesday the launch of Summer Street Jams, a program that will bring live music to downtown while still being mindful of protocols to halt the spread of COVID-19.

There will be no staging where the performers will be playing and crowds are not expected to gather as if at a concert. Patrice Johnson, spokeswoman for Arts Huntsville, compared it to street performers commonly seen throughout the French Quarter in New Orleans.

"It's basically in support of the musicians, they've lost a lot of money and a lot of finances because they are normally doing live and local gigs," Johnson said. "It's one way to try to support them. It's also a way to try to get people back into some type of normalcy, coming back out and about.

"Things are starting to open up some. But we're trying to make sure we're keeping those social distancing guidelines and make sure we're still being safe at the time. It's finding a mix in between the two."

The performers will be playing at three spots downtown between 5:30 and 7:30 Friday and Saturday evenings.

The program has the support of Mayor Tommy Battle.

“Huntsville summers are typically filled with great performances by local musicians and area artists,” Battle said in the announcement. “Arts Huntsville Summer Street Jams bring live music back to downtown in a safe, socially-distanced format. This series is a way to get outside and support both our local music scene and local businesses.”

There will be attention paid to social distancing and Johnson said Arts Huntsville is encouraging the wearing of facemasks and gloves.

The program is essentially a lure to encourage people to return to downtown to support restaurants and other businesses with live music as a backdrop.

"It's not the kind of thing where people will be gathered," Johnson said. "It's kind of like where you see people performing and you may want to tip them. Or they will have signs where you can do the virtual tip jar and you can donate online. It's kind of like listening to music in passing."

The performance locations on both nights will be on Holmes Avenue near Moe's Original BBQ, Big Spring Park plaza near Cozy Cow and Jefferson Street and Clinton Avenue near Phat Sammy's.

“We have a diverse lineup of performances each weekend, and we encourage the community to support the musician’s physical and virtual tip jars," Allison Dillon-Jauken, Arts Huntsville executive director, said in the announcement. “Our local musicians, artists and arts organizations – like so many local businesses – have been significantly impacted by COVID-19. The Summer Street Jams series is a way for local musicians to resume live performances and generate income again.”

The lineup of performers for this weekend: