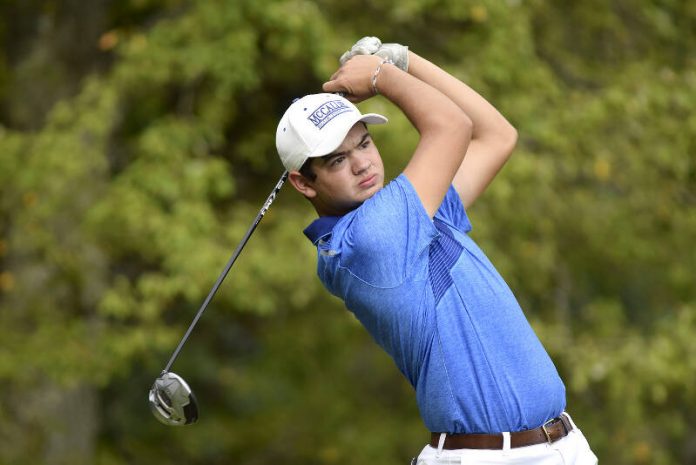 * Anne Shirley Dassow from Lookout Mountain and Chattanooga Christian School added one more honor to her Grove City College swimming career this past week when she became a three-time College Sports Information Directors Academic All-American. Dassow, who recently graduated from the Pennsylvania school with a 3.98 GPA and degrees in biology and Spanish, made the CoSIDA D-III at-large team, which includes athletes from multiple sports not recognized with their own all-academic teams. Dassow made the first team, just as she did in 2018; she made the second team last year. Dassow was a seven-time NCAA D-III All-American, winning the 200-meter butterfly national title and finishing as the 100 butterfly runner-up as a sophomore and qualifying for the national meet in both events all four seasons.

* Lee had 10 student-athletes on the Gulf South Conference all-academic teams for the recently completed spring semester. By team, those honorees selected by the league's sports information directors and faculty athletic representatives were: women's lacrosse — Dariana Blanton, Rachel Duda, Shayna Ryan; men's golf — Scott Odell, Evan Spence; women's golf — Haverly Spence (née Harrold), Judianne Speach; baseball — Alan Smith; softball — Kayla Louie; women's tennis — Lauren Trammell. To be considered for GSC all-academic recognition, a student-athlete must be a significant contributor to her or his team and have a cumulative GPA of at least 3.20 (freshmen and first-term transfers are not eligible), and Odell, Ryan and Speach each had a 4.0. Speach and Haverly Spence were among seven athletes in the league who earned all-academic recognition for a third time. In addition, Lee had 68 spring athletes earn GSC honor roll status by having a cumulative GPA of 3.0 or better.

* Cleveland State women's basketball coach Evelyn Thompson has announced a trio of guards as signees for the Lady Cougars' 2020-21 roster: Nicky Jones from Tift County High School in Tifton, Georgia, Lyndsey Summers from Scott High School in Huntsville, Tennessee, and Kendyl West from Oneida High School. The 5-foot-6 Jones can play either guard position and was her region's player of the year, while Thompson noted the scoring, rebounding and defensive skills of Summers (5-9) while highlighting the basketball IQ of West (5-11), the daughter of a coach.

* Former Chattanooga State and Tennessee Wesleyan University player Reggie Jackson is returning to Athens as an assistant coach for the NAIA Division II school's basketball programs. Jackson, an assistant at Tyner the past three years who worked at Hixson for two years before that, joins the staffs of both men's coach Ray Stone and women's coach Jeff Rice. Jackson, who played for the Bulldogs from 2007 to 2009, will be the head coach for the men's junior varsity team, taking over for John Ferguson, who recently resigned.

* University of Tennessee at Chattanooga volleyball coach Travis Filar has released the team's 2020 schedule, with the Mocs opening Aug. 28-29 in Alabama at the Jacksonville State Invitational and taking on Memphis, Gardner-Webb and the host Gamecocks. UTC will then take part in the Austin Peay Invitational on Sept. 4-5, its own Chattanooga Classic with Albany, Troy and Virginia Tech on Sept. 11-12 at Maclellan Gym and the Bellarmine Invitational on Sept. 18-19 in Louisville, Kentucky, before turning to Southern Conference competition. The Mocs will open league play with matches at Samford (Sept. 25) and Mercer (Sept. 26), then host UNC Greensboro (Oct. 2) and Western Carolina (Oct. 3). After completing home-and-away series against all eight league foes, the Mocs hope to be among the top four teams in the standings — the only ones that will make this year's streamlined SoCon tournament, which will be hosted by the No. 1 seed on Nov. 21-22.

* Former UTC standout Allie Davenport, whose honors during her time with the Mocs (2013-16) included All-SoCon recognition, recently signed with French professional club Saint Die des Vosges. France will be the third country in which she has competed as a pro, having also had stints in Sweden and Switzerland. The 5-foot-11 outside hitter from Tyrone, Georgia — where she played at Sandy Creek High School — also represented the United States at a pro tournament in Vietnam in May 2019 and helped the team to a runner-up finish. The pro opportunities came after Davenport — who finished her UTC career third in aces (142), fifth in points (1,372.5), and sixth in kills (1,065) in the program's record book — played in England as a graduate student and then in a city league. "I never really knew anyone who went and played overseas," Davenport said recently on the "Mocs on the Mic" podcast with Chris Goforth. "I went into college thinking that these were going to be the last four years of volleyball. It's crazy how it's all worked out."

* Former Lee outside hitter Silvia Sartori was a first-team selection for the Gulf South Conference volleyball all-decade team announced this past week. The 6-foot-2 star from Belgrade, Serbia, earned All-GSC recognition all four years with the Lady Flames — Sartori was also the GSC freshman of the year in 2015 and the GSC player of the year as a senior in 2018 — was an All-South Region pick twice and in her final season became the program's first NCAA All-American. Her 1,583 career kills rank fifth in the history of Lee volleyball, which completed the transition to NCAA competition as her time with the Lady Flames began.

* The Lady Flames and coach Andrea Hudson will host their annual VolleySkillz Camp for ages 9-14 on July 8-11 at Lee's Paul Dana Walker Arena, with instruction taking place from 1 to 4 p.m. the first three days and from 9 to 11 a.m. the final day. The cost is $125, but a discount for siblings is available. The camp was originally scheduled for April before being postponed due to the pandemic; those who have not registered yet should call Hudson at 423-614-8453, but participants are also asked to print and complete the registration form on the camp website at leeuflames.com and bring it the first day.

* Cleveland State golf coach Miles Moseley has released his team's fall schedule for 2020, and the Cougars will try to pick up where they left off after a strong start this past spring, when they moved as high as No. 16 in the GolfStat NJCAA Division II rankings before the season was called off due to the pandemic. They will play Sept. 28-29 in Georgia Military College's Bulldog Classic at The Harbor Club at Lake Oconee in Greensboro, Georgia; Oct. 4-5 in the NJCAA National Championship Fall Preview at Swan Lake Resort in Plymouth, Indiana; Oct. 26-27 in the Chick-fil-A Collegiate Invitational at Stonebridge Golf Club in Rome, Georgia; and Nov. 2-3 in the Eagle Invitational at Nob North Golf Course in Whitfield County. The Cougars shared first place with Bethel University and Indiana University East at Nob North this past season.

* Tennessee Wesleyan's men's and women's teams received honorable mention this past week when the Intercollegiate Tennis Association announced its community service awards for the NAIA South Region. The community involvement for coach Francisco Gallardo's Bulldogs and Lady Bulldogs included organizing and operating a tournament benefiting the United Way, a 15-year tradition; participating in Rise Against Hunger, an on-campus effort to pack meals for local people in need; providing free tennis lessons to area youth with the Rally Cats clinic; and volunteering at Senior Olympics events in Athens and McMinn County, at the school's food bank and with the American Legion and the VFW as part of Veterans Day activities.

* Cleveland State sports information director Lindsey Beck was part of a winning team during a recent fitness challenge with CoSIDA, and she finished third among all women runners and 24th overall in this month's CoSIDA Virtual 5K, which had 141 participants from across the nation. Beck ran at Camp Jordan in East Ridge on June 6, with the former Covenant College athlete who has coached cross country and track completing her 5-kilometer (3.1-mile) race in 23 minutes and 22 seconds before submitting her time for the event that raised more than $4,000 for Three Square Food Bank, a nonprofit organization in Las Vegas — the city where the 5k and the CoSIDA's convention would have been held if not for the pandemic forcing those activities to go virtual this year. Beck's time was behind only Michael Boele (23:01) and Mary Lee Gibson (23:14) in the women's division. In the fitness challenge, teams competed to see which could average the most minutes of exercise per week during a nearly three-month period, using Zoom video conference meetings and social media to stay connected. Now Beck's team will try to repeat as champion with another fitness challenge set to begin soon.

Compiled by Marty Kirkland. Contact him at [email protected].