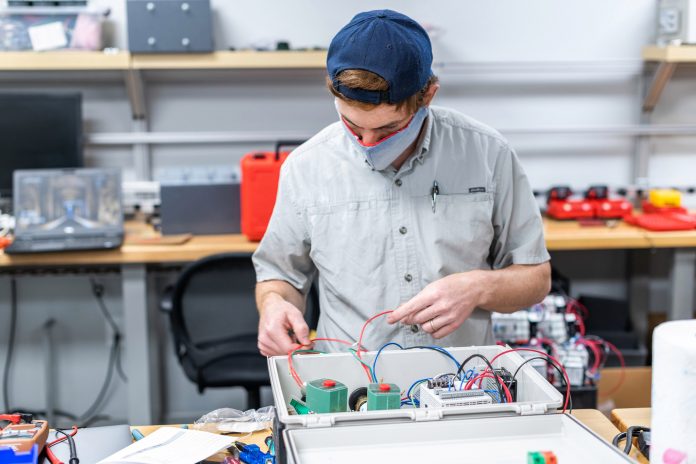 
HUNTSVILLE, Ala. (WRBL) – As a team of Auburn University engineers works to develop an emergency CPAP-to-ventilator converter while the coronavirus pandemic continues, Huntsville-based Integrated Solutions for Systems (IS4S) has begun producing the accessory.

Known as the RE-InVENT system the CPAP-to-ventilator conversion project was started to address the shortage of ventilators across the country, according to Auburn University officials.

Now, IS4S has partnered with the university to produce the device. A team of IS4S engineers and support staff has assembled 100 RE-InVENT units in just three days, as of late last week.

“We’ve worked with IS4S on multiple projects for years,” said Michael Zabala, an assistant professor of mechanical engineering who helped lead the RE-InVENT project. “Because of our great partnership with IS4S, we have been able to move quickly towards building the first 100 units and ultimately towards getting them to those who need them.”

University officials say that several medical facilities, national and international, have reached out to the RE-InVENT team for possible assistance as the project continues development.

“IS4S was tracking on the RE-InVENT project from the earliest days, and we knew that the need for these devices was urgent and pressing,” said Ryan Hill, an IS4S research engineer who earned his bachelor’s and master’s degree from Auburn in mechanical engineering in 2008 and 2011, respectively. Hill played an active role on the engineering team that developed and refined RE-InVENT.

The RE-InVENT system is on its third version and has already been tested twice on live animals.

A week later, a second test allowed the engineering team to check the performance of the system “under conditions that might be similar to what is seen in those battling COVID-19,” according to Zabala.

Hill says IS4S will be spending the week readying the current stock of RE-InVENT devices for eventual distribution.

“We have already received requests from a number of hospitals, and our goal is to obtain appropriate approvals so that we can begin deploying the units,” Hill said.