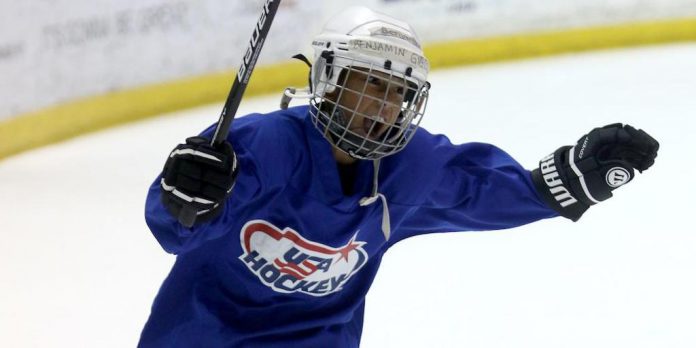 Even before COVID-19 struck, Total Package Hockey (TPH) and the North Alabama Hockey Association (NAHA) in Huntsville, Alabama, weren’t able to have their players train at full capacity.

Pre-planned renovations to the Huntsville Ice Complex forced the doors to close until around October this year.

But since May 13 when hockey activities started back up, TPH and NAHA have been skating on a mini sheet out of the Jaycees Community Building, which is across the street from the Huntsville Ice Complex.

“We were getting phone calls every single day on when we could start,” TPH Huntsville director of hockey Martin Kubaliak said. “Our program sold out from top to bottom, because people just want to get on the ice.”

Kubaliak is happy to be able to provide the opportunity for kids to be able to play hockey again and give them back a sense of normalcy in their lives.

“You can see it on these kids’ faces, right,” Kubaliak said. “It’s exciting to see on their faces that they’re excited to be on the ice, especially when they play little games or something. That’s what they’re looking for, especially after two months being locked up.”

Plenty of protective measures were set in place prior to the return by TPH to ensure its hockey players will be as safe as possible.

When the kids were able to get back on the ice in mid-May, masks were required for staff members but optional for players and parents while in the rink. However, that changed on July 6 when mask wearing became mandatory for anyone entering the building. Players have to wear the masks while dressing as well but can remove them while on the ice.

Coming into the rink, everyone has to adhere to social distancing as the doors to the main entrance are locked until 15 minutes prior to practice. There are X’s on the sidewalk to space people out. People are able to enter the rink one at a time and are asked questions whether they have had coronavirus-related symptoms or have been in contact with anyone with COVID-19. Additionally, every person that enters the rink has their temperature checked. The TPH employee who checks the temperature writes down the player’s name and who is accompanying them, a parent or guardian over 18.

“If they have a fever, they are sent home right away,” Kubaliak said.

There aren’t any locker rooms in the community building and players aren’t allowed to change in the bathroom.

“The kids have to come dressed from the bottom to the waist,” Kubaliak said. “When they go to a designated area, there’s a little X on the benches or seat and the kids have to sit in their own spot.”

Once the younger kids in the program — TPH works with players as young as 4 years old — have their gear on and are ready to go on the ice, they have to wait in a line for a coach to take them out. The TPH staff doesn’t want any kids running around and possibly contaminating anything in the building.

Once on the ice, the players are given a little less restriction. However, players are reminded that social distancing is still a priority while skating.

“We are designing drills to make sure that kids are at least six feet apart,” Kubaliak said. “When they’re passing and stuff, they’re never close to each other, face to face.”

After one month of practice, TPH received the go-head on June 13 to be able to implement contact. Prior to that, only skill-based sessions were being run.

After every group has a practice session, the rink employees are cleaning everything: rink seats, handles, boards and the one bathroom in the facility.

“Whatever they think the kids or parents might have touched,” Kubaliak said. “We have a pretty good setup to keep the parents and kids and employees safe.”

TPH has its own safety measure in place, but the company also implements guidelines set forth by the governor of Alabama. Safety is a top priority.

“We’re doing whatever we can,” Kubaliak said.