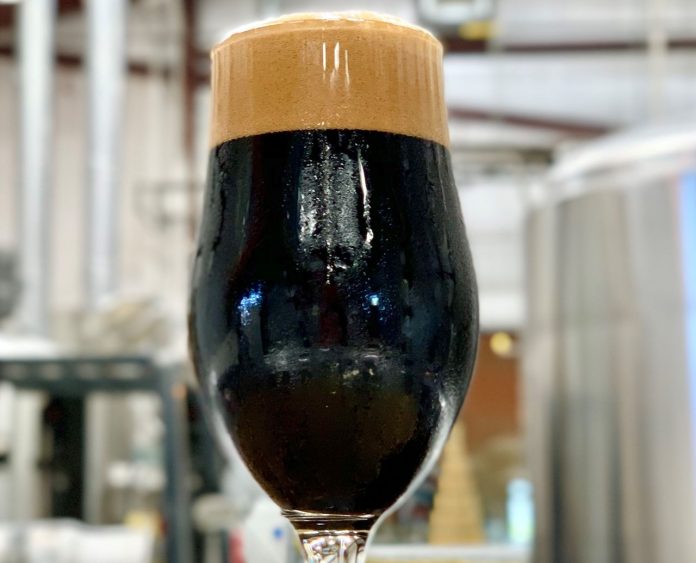 
The whole thing started in San Antonio with just one brewery.

Within a couple weeks, more than 450 breweries spanning at least 43 states and 11 countries have signed on for Black is Beautiful.

The initiative is a collaborative brewing project with all proceeds donated to "local foundations that support police brutality reform and legal defenses for those who have been wronged," as stated online at blackisbeautiful.beer.

"I was dealing with some of the frustrations that were going on with murders,” Baskerville told Forbes. “Breonna Taylor, George Floyd. All of these situations that keep arising.”

And as Baskerville told Delish, “As a father and black business owner, I wanted to figure out a way to give back. I didn’t participate in the protests, and so I kind of felt disappointed in myself that I wasn’t able to get out there and be there for the cause.”

Baskerville was moved to raise awareness and funds by doing what he does, brew beer.

As he wrote in a post on Weathered Souls' Facebook page, "We thought it be appropriate to brew a stout," referring to a style of dark beer, "and name it Black is Beautiful."

Two Huntsville breweries, Yellowhammer and Straight to Ale, have signed on for Black is Beautiful. Birmingham’s Ghost Train Brewing is the other Alabama beer maker in the mix, so far.

Weathered Souls provides participating breweries with a downloadable recipe for the stout base. After that, Baskerville asks fellow beer makers, to "please place your own spin and love into this. The sky is the limit as far as creativity."

Yellowhammer, located at 2600 Clinton Ave. N, brewed their Black is Beautiful beer this week. General manager Ethan Couch says the beer should be ready to pour in YH’s tap room in about two weeks. The brew will also be available in 12-ounce cans and six-packs.

Couch describes Yellowhammer's Black is Beautiful offering as, " a classic low-gravity oated stout that will come in at 5.7 percent ABV (alcohol by volume). It will be nice and smooth. The beer will feature chocolate malt, black malt, oat malt, and caramel malts for the dark color and rich flavor."

YH became involved after the brewery’s marketing director, Elise Humeston, read about the Black is Beautiful project online and then researched it further. Couch says, “We thought this would be a good way to give back to our community.”

Yellowhammer is donating 100 percent of proceeds from their Black is Beautiful beer sales to the Alabama NAACP. The Alabama NAACP website states that nonprofit organization’s mission as “ensuring the political, educational, social, and economic equality of rights of all persons and to eliminate race-based discrimination.” According to Straight to Ale’s Facebook page, STA is also donating Black is Beautiful process to the Alabama NAACP. Straight to Ale’s FB indicates more details and a release date will be available soon.

Couch says stouts can be surprisingly malleable: “Stouts are often thought of as high-gravity, thick beers. This scares some people. But stouts can be light and smooth. You can feature a lot of malt character in these beers and get flavors that range from sweet to bitter.” Yellowhammer’s first batch of Black is Beautiful stout is 15 barrels, which should yield around 450 gallons of beer.