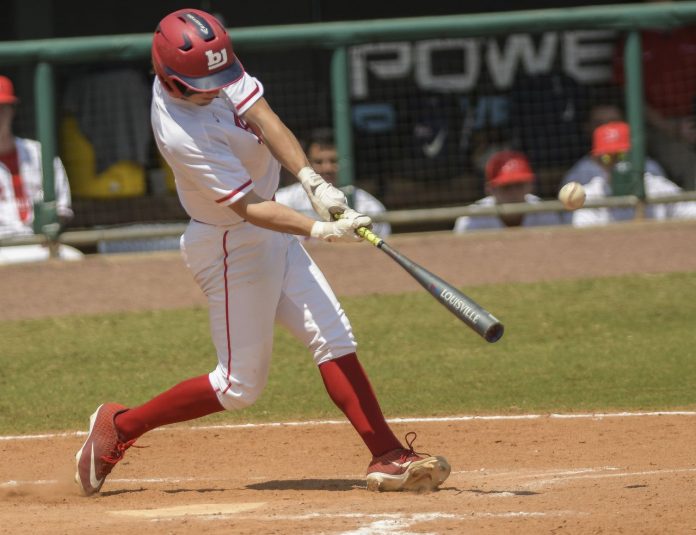 The play ends, the game ends, the season ends — win or lose — and everything continues. Closure is achieved.

It didn't happen when the COVID-19 pandemic shut down much of the country.

Great athletes persevere and ready for the next play. That's the plan for Rose, the Huntsville Region Male Athlete of the Year.

“It really sucks that I didn’t get to play, but every time I play, I leave everything I have on the field,” Rose said. “My season ended short, but you can’t dwell on the past. You have to put it behind you, move one, and play as hard as you can every single game.”

Despite the lack of closure in baseball, Rose left his legacy at Bob Jones.

An Alabama signee, Rose batted .426 with 12 RBIs, 25 runs scored and 10 stolen bases with a slugging percentage of .590 in his shortened senior season. He as 1-1 with a save on the mound, allowing only one earned run.

Baseball's short 2020 season was doubly disappointing to Rose because of a confluence of bizarre events during his junior baseball season that that led to an unsatisfying end.

Rose caught mononucleosis in April 2018 forcing the junior to miss a week of baseball play. His comeback was halted after being spiked in the right hand, requiring five stitches, while trying to avoid a rundown.

Inconvenience turned serious two days later when Rose, unable to play because of the hand injury, was struck by a baseball while pitching left-handed to a teammate in the batting cages before a game.

“When I first got hit it hurt a little bit, but I picked up the ball and kept on going,” Rose said. “After that I felt sick and my stomach started hurting. I thought it was the medicine I was taking for my hand, but it kept getting worse and worse. By the end of the game my whole body had locked up.”

Rose was diagnosed with a grade 2 lacerated spleen and spent the next three days in the hospital ICU.

He still found a bright side to the injury.

“It’s crazy, but if that ball hits me any harder it would have been even worse and they’d have probably had to take out my spleen and I’d probably never played sports again,” Rose said. “I’m blessed that didn’t happen.”

Rose was able to make it back to the final games of the season as Bob Jones faced McGill-Toolen for the Class 7A championship series. He could only bat, playing DH, and no running, only jogging was allowed, so a substitute replaced him after successfully reaching base. Because of starter can re-enter only once, two times on base and Rose was done for the game.

The 2019 football season didn’t end the way Rose wanted, but he still earned first-team all-state. Rose passed for 947 yards and nine touchdowns, and ran for another 491 yards and three touchdowns. He contributed 88 tackles with an interception on defense and averaged 41.6 yards as a punter.

There were football scholarship offers, including Nebraska, along with baseball offers from both Alabama and Auburn. A life-long Auburn fan, Rose chose to play baseball for Alabama.

“I was the biggest Auburn fan you could find, but I really fell in love with everything at Alabama,” Rose said. “I loved the coaches, the facility, everything and I couldn’t be happier.”

“We saw a 12-foot alligator,” Rose said. “We were finishing in a little canoe and first thought it was a tree then we saw it move. It wasn’t a tree. We started paddling as fast as we could.”