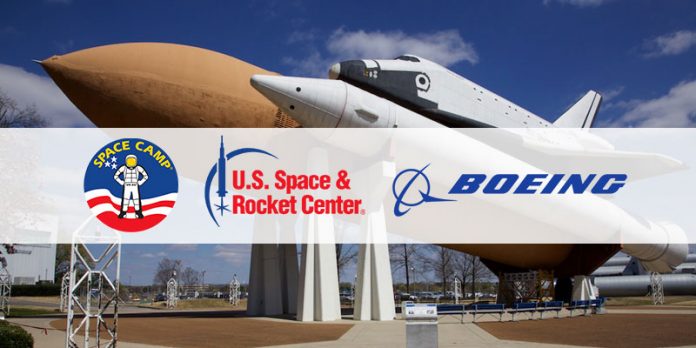 
Boeing on Friday made a $500,000 contribution to the U.S. Space & Rocket Center’s “Save Space Camp” campaign.

Launched on Tuesday to offset losses caused by the COVID-19 pandemic, the campaign had raised more than $600,000 by the time Boeing announced its donation on Friday afternoon.

The campaign in less than four full days has now raised more than $1.1 million, counting the incredibly generous Boeing gift.

The campaign’s total goal is to raise a minimum of $1.5 million to sustain operations of the Huntsville museum and to be able to reopen Space Camp in April 2021.

“We understand the unprecedented economic hardship the COVID-19 pandemic has caused educational institutions all across the country,” stated John Shannon, vice president and program manager for Space Launch Systems at Boeing. “The U.S. Space & Rocket Center is a cherished institution that has inspired generations of future scientists, engineers, pilots and even astronauts – many of whom now call Boeing home.”

“With today’s investment, we proudly stand alongside the Center – throughout this pandemic and beyond – as we work towards our shared goal of making Space Camp an even better, brighter, more inclusive experience for our future innovators,” he concluded.

As reported earlier on Friday by Yellowhammer News, the campaign has received contributions from individuals in all 50 states. Worldwide, more than 6,000 individuals and entities have already donated to the cause.

“I am awed and grateful for the generous support from Boeing for this vital campaign,” U.S. Space & Rocket Center interim CEO and executive director Louie Ramirez said in a statement.

“This has been a devastating season for the Rocket Center and Space Camp, but our family of supporters have given us hope for the future,” continued Ramirez. “Boeing has been a longtime and important supporter of the work we do. They understand the role the Rocket Center has in sharing the work of Huntsville’s aerospace community and in Space Camp’s unique role in inspiring its future work force. We thank them for this clear and profound statement of support.”

You can donate to the campaign here.