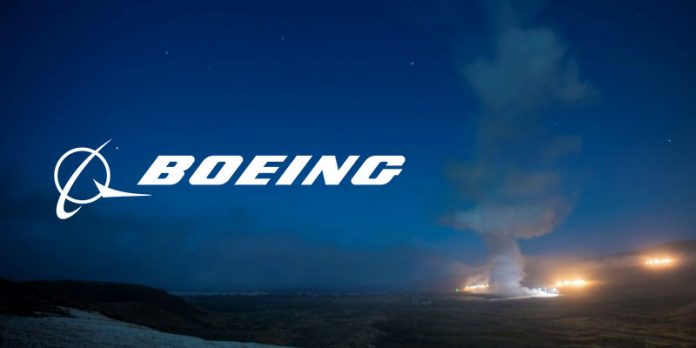 The Minuteman III, which is managed by Boeing in Huntsville, is as fast as a seismic wave, traveling up to four miles per second and up to 15,000 miles per hour.

Since the program first went on alert in August 1970, Boeing has supported every test flight of the Minuteman III ICBM, which represents the land-based prong of the United States’ nuclear triad. The vital national defense program ensures ready, safe, secure and effective strategic deterrence for America and its allies.

The Air Force in a release emphasized that test flights such as Tuesday’s launch “are not a response or reaction to world events or regional tensions.” This was the second successful Minuteman III test launch this year.

The ICBM launched on Tuesday was equipped with three test reentry vehicles that traveled approximately 4,200 miles to the Kwajalein Atoll in the Marshall Islands. The test of the three vehicles reportedly verified the accuracy and reliability of the weapon system, providing valuable data to ensure a continued nuclear deterrent.

“The flight test program demonstrates one part of the operational capability of the ICBM weapon system,” stated Air Force Col. Omar Colbert, 576th Flight Test Squadron commander. “The Minuteman III is 50 years old, and continued test launches are essential in ensuring its reliability until the 2030s when the Ground Base Strategic Deterrent is fully in place. Most importantly, this visible message of national security serves to assure our allies and dissuade potential aggressors.”

This month’s 50th anniversary of the Minuteman standing at the ready makes the “revolutionary” ICBM one of the longest-running, successful programs in Boeing history.

Secretary of Defense Mark T. Esper has called the nuclear triad “the most important part of our military.” Secretary of the Air Force Barbara M. Barrett described it as “essential to deterring threats against the U.S. homeland.”

Boeing continues modernizing parts of the existing ICBM fleet, including by adding the ability to remotely update launch codes at all 450 missile silos. The circuit cards for this important upgrade are manufactured in North Alabama at Boeing’s Huntsville Electronic Center of Excellence.