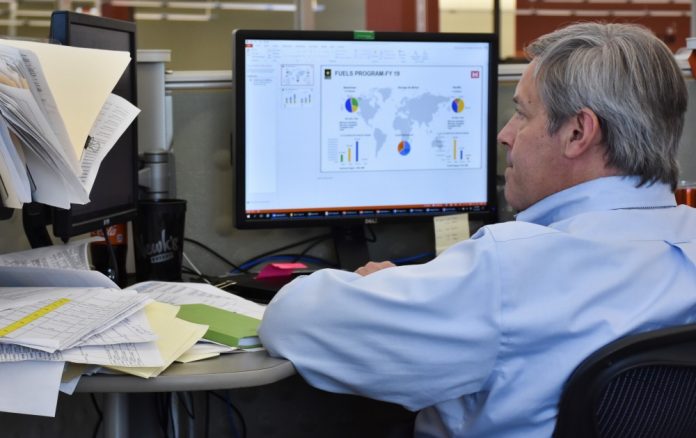 
HUNTSVILLE, Ala. -- In fiscal 2019, the U.S. Army Engineering and Support Center, Huntsville awarded more than 4,800 contract actions totaling more than $2.2 billion in obligations for its stakeholders.

The awards effectively and efficiently establish the framework required for thousands of projects supporting military and government agencies globally through the sustainment, maintenance and upgrading of existing facilities, utilities and infrastructure and create solutions to support the nation’s toughest engineering challenges.

As Headquarters, U.S. Army Corps of Engineers’ focal point for management of programs that are out of the ordinary, highly specialized, or new, Huntsville Center’s capabilities provide HQ USACE with a core capability for programs that do not fit clearly into a geographic region or functional category.

According to Amy Sullivan, Huntsville Center financial management analyst, the Center’s breakdown shows that of the $2.2 billion obligated, 44% went to support the Army and 37% for the Office of the Secretary of Defense. Nine percent was dedicated to Army Corps of Engineers Information Technology. Four percent was earmarked for the Air Force and 3% for the Navy, and projects for NASA came in at 1 %. More than $25 million was obligated in grants and cooperative agreements.

Recent Huntsville Center projects include providing large-scale IT equipment to the USACE and the DOD, demolishing outdated and unused structures on NASA campuses, clearing ordnance in Afghanistan, providing energy reduction and savings programs at Army installations and renovating and equipping military clinics and hospitals.

Albert “Chip” Marin III, Huntsville Center Programs Director, said the teamwork and helping-hands attitude is what makes the Center so successful during the months prior to Sept. 30. During those months the Center sees a surge in stakeholders’ requests for projects, mostly from the Center’s 31 installation support programs.

“Everywhere I go people are talking about helping others as their own work comes to closure,” Marin said. “That attitude is indicative of a caring workforce and is what makes Huntsville Center stellar.”

“Our willingness to go the extra yard in helping our stakeholders and customer fulfill their requirements, and the manner in which everyone pitched in to bring the fiscal year to a close, was outstanding,” Marin said.