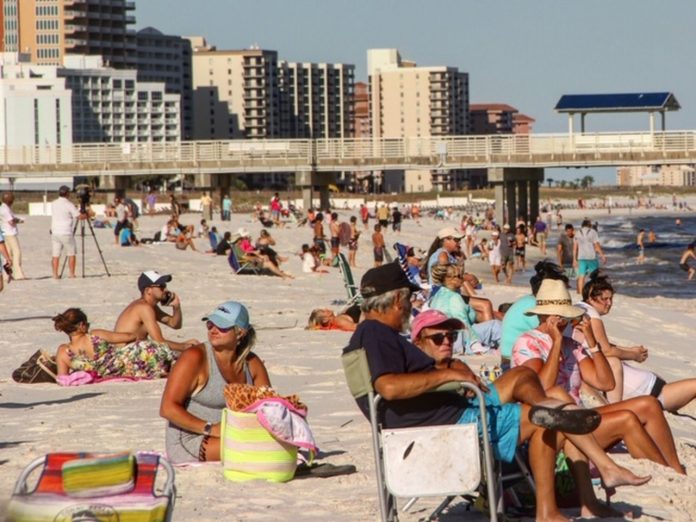 
Less than five months gone, and 2020 has seen Alabama stretched to its financial limit by coronavirus - at the city, county and state level.

One casualty this past week was the City of Fairfield, which filed for bankruptcy Tuesday, citing millions of dollars in debt. Though Fairfield’s money troubles have been on-going for several years, the filing was triggered by weeks of heavy expenses and little revenue during the virus shutdown. Several city businesses closed during the pandemic measures.

That’s a familiar story across Alabama’s cities and counties, which have seen revenue significantly impacted by pandemic sheltering that closed businesses and forced half-a-million Alabamians out of their jobs. Total incoming tax revenue for the state of Alabama was down 33.6 percent in April.

At the same time, cities and counties have been called on to step up law enforcement activity, provide emergency management services and other mitigation efforts against COVID-19.

Tuscaloosa, so far, has spent more than $300,000 and anticipates expenses of about $500,000 in dealing with the pandemic. Just in March, the city took a hit of about $867,565 in sales/use tax, lodging tax and rental license tax taxes when compared to the previous year, Mayor Walt Maddox said.

But that’s just one month, when the pandemic’s effects first appeared in Alabama. Birmingham projects a 20 percent reduction in revenue, which equates to approximately $18 million for the fiscal year ending June 30, according to city spokesman Rick Journey. Huntsville Mayor Tommy Battle said his city government expects a painful but manageable hit of $15 to $20 million to its 2020 budgets, or less than 10 percent of the total.

Montgomery’s interim Finance Director Betty Beville said the city expects to spend about $1 million on pandemic measures. At the same time, it projects a revenue loss of anywhere from $23 million to 28 million this year, based on a significant decline in sales and lodging taxes, she said.

“We remain optimistic that the summer months will get us back on track,” he said.

The good news is that no other cities or counties are close to filing bankruptcy following the pandemic. That’s according to officials with both the Alabama League of Municipalities and the Alabama Association of County Commissions.

Fairfield was the 12th city, county or governmental agency in Alabama to have filed for Chapter 9 since 1981. Most notably Jefferson County filed for bankruptcy in 2011. At the time the county’s filing - $4.23 billion of debt - was the largest municipal bankruptcy in the nation’s history. Detroit would later take that distinction away from Jefferson County.

Last week, the Alabama Legislature approved Gov. Kay Ivey’s plan for using $1.8 billion the federal government sent to the state for some of the pandemic costs, which includes reimbursements to state and local governments for coronavirus expenses.

Greg Cochran, deputy director of the Alabama League of Municipalities, said it has “been a time of anxiousness” for city officials across the state. But many cities, while taking a massive hit, had some reserves in place built up during the economic boom the state had been experiencing only a few months ago.

It’s easy to see how deeply the pandemic affected certain areas of the state.

Brasfield said county officials are “extremely concerned” about making it through the last five months of the current budget year.

“It’s time to start thinking about the development of next year’s budget,” he said. “And I expect those spending plans to be much leaner.”

At the same time, Cochran said the pandemic “came out of nowhere,” unlike the Recession of 2008 that grew out of the housing market.

“The world was at a standstill for a period of eight weeks,” he said. “As we get through the end of this, leaders will look back at what worked well, and we’ll be better prepared if there is a next time.”