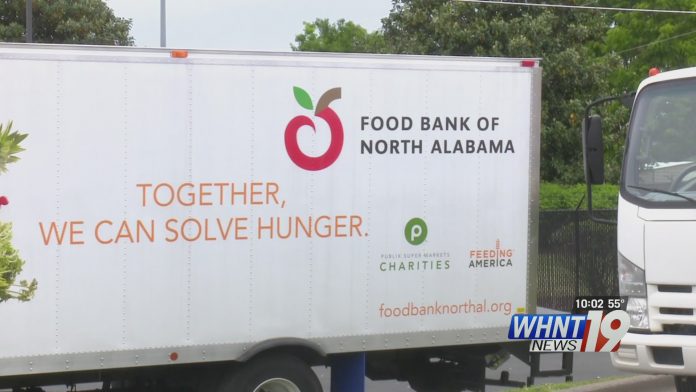 HUNTSVILLE, Ala. – In the spirit of coming together in these challenging times, RCP Companies’ Head Chef at The Camp, Chef Ruth Mercado prepared over 5,000 ready-to-eat casserole dishes for the Huntsville Community.

Meals were distributed at six locations on Wednesday evening as a continuation of Operation Drumstick started in Muscle Shoals.

“There was that two thousdand pounds of chicken. And also a local company called Forest Wood Farms donated another 1,200 pounds of produce and The Camp donated our pantry items and our freezer items,” said Chef Ruth Mercardo.

Mercado says thanks to The Muscle Shoals Music Association, Forrest Wood Farms, and Merchants Grocery they were able to prepare and serve 5,000 meals across six locations.

“Its been around the clock with volunteers and also personnel here at The Camp to make those meals for the past 10 days,” said Mercardo

Each package of meals included four servings of various casserole dishes. GrubSouth transported the prepared meals from The Camp’s kitchen to each distribution center with their approved health code protocols, drivers and resources they already have in place from their food transportation service.

Mercardo says feeding people goes beyond a physical need. “We don’t have to know each other but we belong in the same place and we can sure care for each other,” said Mercado.

Team members from the camp say all 5,000 meals were given out in the first 45 minutes from all distribution locations. They are working to secure sponsors and donations for another time.