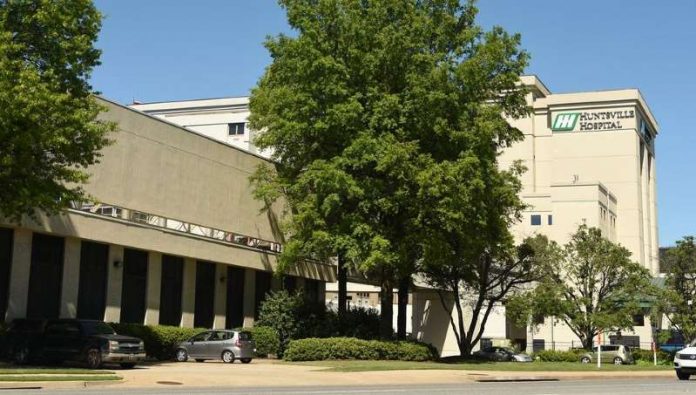 A 16-year-old patient is on a ventilator at Huntsville Hospital due to the novel coronavirus as the pandemic begins to hammer north Alabama.

Hospitalizations in the Huntsville Hospital Healthcare System across north Alabama are soaring, CEO David Spillers said Monday, including 38 patients at the system’s main hospital in downtown Huntsville, a peak number in nearby Athens and a new surge in long-struggling Marshall County.

The revelation about the teen on a ventilator in Huntsville indicates COVID-19 is not restricted to attacking the older population even as the average age of a COVID hospital patient is in the mid-50s, Spillers said.

Related: AL.com’s coverage of the coronavirus

Throughout 2020, Huntsville had seen relatively few infections and deaths compared to other large Alabama cities. But that seems to be changing. Madison County has reported 680 new cases in June, meaning 68 percent of all cases in Madison County happened since June 1.

Marshall County, which emerged as an early coronavirus hot spot in Alabama and has seen a resurgence of cases, has 30 patients at its two smaller hospitals – 21 in the Boaz hospital and nine in the Guntersville hospital.

Decatur-Morgan has seen a slight dip with 20 inpatients while Athens-Limestone is at its high mark, Spillers said, with nine inpatients. Helen Keller Hospital in Sheffield has 12.

Spillers said that those who are hospitalized typically have preexisting conditions that make fighting the virus more difficult.

Testing has increased in Madison County, Spillers said, but so has the rate of positive tests. About 2,000 tests were administered at Huntsville Hospital last week, Spillers said, with a positive rate of about 7 percent. That’s up from about 3 percent a few weeks ago, though still below the statewide positive test rate of 10 percent.

The increase in hospitalizations has led to discussion about a strain on resources but Spillers said his biggest worry at this point is not having enough beds for patients but rather enough healthcare workers to attend to those patients. After all, Spillers said, healthcare workers are in the community, too, and potentially exposed to the virus.

“The concern just continues to grow,” he said. “We will create beds. I worry less about finding a bed than running out of caregivers.”

He described the situation on bed space in north Alabama hospitals as “very manageable” but also warned of another surge in the aftermath of the upcoming July Fourth holiday weekend. Health officials have repeatedly pointed to the Memorial Day weekend in May that coincided with the state’s reopening as the origin for the statewide increase in cases.

“But because this virus is so infectious, it doesn’t take much for that to get out of hand,” Spillers said. “We can’t let our guard down coming into the Fourth of July. We’ve got to be very careful what do over the next few weeks make sure it doesn’t continue to go up.”

Spillers repeated his advocacy for wearing masks, saying he doesn’t understand why it has become a political issue over a healthcare issue.

“You have no idea when you’re out in the community if the person next to you has it or doesn’t have it and could be transmitting it,” he said. “It’s a good reason to wear a face covering and keep your distance because there are many more people out there with it.