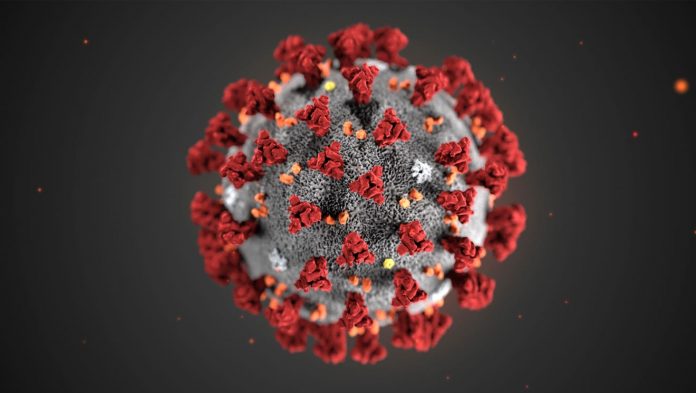 Florida added 229 more deaths in Friday's report on the coronavirus pandemic from the Florida Department of Health, while statewide positivity dropped to its lowest level since June.

The state recorded that the death toll has risen to 9,276, including 9,141 Florida residents and 135 from outside Florida. Duval County recorded two deaths, an 88-year-old woman and an 83-year-old woman, and Putnam County listed one, a 51-year-old man. | Read more

Remember back in April when the beaches reopened and #FloridaMorons started trending on social media?There were memes comparing Lenny Curry, the real mayor of Jacksonville, to Larry Vaughn, the fictional mayor of Amity in “Jaws” — with both of them saying it was safe to return to the water. Read more

If the state of Florida wants future leaders in STEM — science, technology, engineering and math — the Paco family offers potential. Bradin, age 12, sits at one end of a couch on the second floor of a church and talks excitedly about how researchers found a 26-foot worm off the coast of New Zealand in 2018. Read more

How can our kids distance learn from home and in the garden?

I don't know about you but the memories of my early childhood centered around the great outdoors. I rushed out the front door mid-morning knowing the day was mine to explore and discover until dinnertime. Playing sports and games with friends were only part of the fun. In hindsight, I now realize that the sense of mystery to learn and create "inventions" was nurtured by the wide-open spaces outside. | Read more

One of the most rewarding things former St. Augustine Amphitheatre General Manager Ryan Murphy accomplished in his time here was helping to improve the local music scene for acts beyond headliners in the 4,000-seat venue.

Now a leader in the effort to build a new arts venue in Huntsville, Alabama, Murphy is one of many music business insiders who has been heartbroken to see local theaters and clubs shuttered and musicians silenced. | Read more

When COVID-19 took hold in the U.S. in March, owner Ernie Burnett decided to expand his business model to meet what he saw even then as a growing market need: to outfit both individual consumers and larger clients here locally with Personal Protection Equipment (PPE) to guard against the environmental spread of the novel coronavirus. | Read more

Ribault head football coach Marlon White had just stepped away from his stream of the Florida High School Athletic Association's board meeting Friday, when the activity on his phone told him that he had missed some news. Some big news.

Football is back in session. | Read more

ON THE ROAD: JTA gets federal COVID-19 grant

After five months of operating with reduced hours during the coronavirus pandemic, Walmart will increase hours by 90 minutes at approximately 85% of stores across the nation.

The nation’s largest retailer reduced hours March 15 and then cut them again that same week to 8:30 p.m. | Read more

As the hard-hit health care industry is slowly starting to rebuild its workforce after being rattled by decreases in revenue in the wake of COVID-19, Memorial Hospital Jacksonville and Orange Park Medical Center have announced plans to hire 200 nurses over the next four months.

“We are looking to fill a variety of positions within nursing, respiratory therapy, social workers and more," said Brad Coburn, vice president of human resources at Orange Park Medical Center. "Other departments are also looking to restore to pre-pandemic staffing levels.” | Read more

Rural families at risk of being left behind in remote learning

John Ross worries about his children returning to their classrooms this fall with coronavirus cases rising in Kentucky, but he feels he doesn't have much of a choice: His family's limited internet access makes it nearly impossible for the kids to keep up with schoolwork from home.

"They're going to have their education," the father of three in rural Lee County said as he recalled his children's struggles to do their work this spring over a spotty cellphone connection. | Read more

The Florida High School Sports Association voted Friday to retain an Aug. 24 date to begin fall sports practices, the next step toward resuming athletic competition amid the coronavirus pandemic.

The board chose a version of Option 1, its Aug. 24 start, despite this week's repeated recommendation of its sports medicine advisory committee to push back kickoff for another month, and despite resistance from South Florida representatives who cited concerns of safety and equity. | Read more

How Northeast Florida colleges will operate with COVID-19

Ashley Campbell, an incoming freshman at the University of North Florida wore a pale purple mask as she hauled a plastic dorm dresser into her new residence hall Wednesday. Her roommate, Ashley Hagadorn, wore a green mask.

The rules were clear: Don't arrive early, sanitize upon arrival, fill out a health-assessment form and do not dispose of your personal protective equipment on campus. | Read more

Lt. Chris Cunningham, 48, died Aug. 5 after serving the community for 20 years. He was the commanding officer of the crime-scene unit, latent prints and the photo lab, and also served in the U.S. Navy. | Read more

The ASun Conference has postponed the fall seasons for its member schools, including Jacksonville University and the University of North Florida, because of the coronavirus pandemic.

The ASun has not specified a time for holding competition in these sports, but said in a release that "providing a spring season for the fall sports remains an ASUN priority." | Read more

Cinemark Tinseltown reopens Friday with a slate of "Comeback Classics."

The theater on Jacksonville's Southside will show 2020's "The Hunt" along with a bunch of movies, some of which haven't been widely shown on the big screen for decades. | Read more

Clay County recorded a record eight new deaths due to the novel coronavirus, according to the Florida Department of Health's Thursday report.

There were 14 new deaths across North Florida, with three in St. Johns, one in Putnam and two in Duval, in addition to the eight in Clay. There have now been 359 deaths believed to have been caused by complications due to COVID-19, according to the health department. | Read more

Jacksonville-based retailer Stein Mart has filed for Chapter 11 bankruptcy to remain in business “in the near term” but said Wednesday it will be closing a number of stores.

“The company expects to close a significant portion, if not all, of its brick-and-mortar stores,” the company said, adding that it “has launched a store closing and liquidation process.”

The closings will allow the company to continue to operate its business through the near term, officials said. | Read more

Florida, which has endured a surge of coronavirus infections this summer, will participate in a COVID-19 vaccine pilot program with the federal government.

State Surgeon General Scott Rivkees said Tuesday, during a conference call with hospital officials, that Florida has been invited to be part of a federal Centers for Disease Control and Prevention vaccine pilot group. Rivkees said Florida was one of four states chosen to participate, along with the city of Philadelphia. | Read more

Florida sheriff forbids employees, visitors to wear masks: If they do, 'they will be asked to leave'

As the city of Ocala wrestles with an ordinance requiring face coverings for people inside businesses, Marion County Sheriff Billy Woods told his employees they will not wear masks at work, and visitors to his office can’t wear masks either.

Woods, in an email dated Aug. 11, said "my order will stand as is when you are on-duty/working as my employee and representing my Office – masks will not be worn."

Masters Tournament to be played with no spectators

The Augusta National patrons -- knowledgeable, vocal and emotional in their embrace of great shots and great champions at the Masters -- won't be a part of the 2020 tournament.

Augusta National chairman Fred Ridley announced on Wednesday that the tournament, already delayed to Nov. 12-15 because of the coronavirus pandemic, will take place without the patrons or guests on the grounds for the first time since the tournament began in 1934. | Read more

Florida's sports medicine advisory committee laid out a new set of recommendations and suggested another delayed start for resuming high school sports, two days before a Friday meeting expected to chart the course for the coming season.

The Florida High School Athletic Association's medical committee, known as SMAC, recommended a start no earlier than Sept. 28 while calling for a new set of benchmarks to begin competition for the 2020-21 school year. | Read more

The number of Americans seeking unemployment benefits continued to rise last week, as the economy sputters and Congress struggles to agree on how to extend aid to workers who have lost their jobs.

It's the first time weekly claims have dipped below 1 million in months. But the latest stream of applications still means nearly 56 million Americans have sought unemployment aid in little more than five months. | Read more