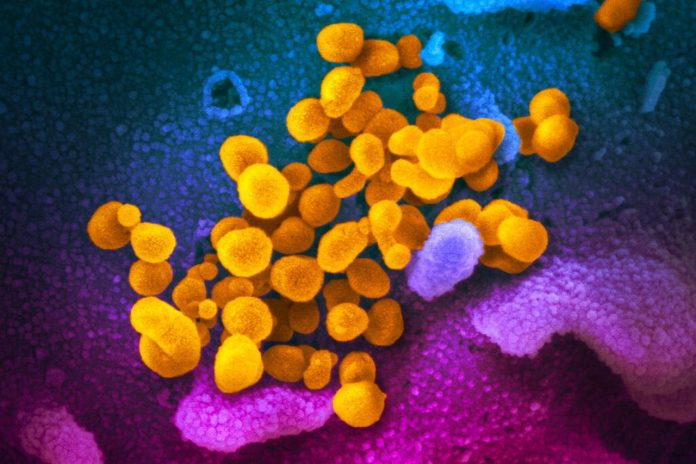 The surge of coronavirus cases in the Decatur area is believed to be the result of community spread and has not been traced back to any specific locations or large gatherings, Huntsville Hospital CEO David Spillers said Monday.

And Spillers said that makes sense as the state has relaxed safety restrictions in allowing a more normal lifestyle.

“I think it’s expected now,” Spillers said. "Once we opened up society and people started going back out to grocery stores and having family gatherings, I think community spread is going to happen. I think that’s where we’re headed.”

The number of COVID-19 cases has soared in recent weeks in Morgan County – just southwest of Huntsville. Spillers said Decatur-Morgan Hospital has 19 patients hospitalized because of the virus. That includes eight who are in the intensive care unit and five who are ventilators.

"It is the highest number of inpatients any of our hospitals have had to date," Spillers said of the inpatients at Decatur-Morgan. "However, they are managing it very well. They've got a unit dedicated to the COVID patents. We've made sure they are well-stocked with supplies. The medical staff and the clinical staff are perfectly capable of taking care of those patients, so they are doing very well."

According to the Alabama Department of Public Health, Morgan County on Monday has 395 coronavirus cases. Morgan, despite being three times smaller in population, has now surpassed the number of cases in Madison County, which has 386.

"There appears to be no real common denominators in Morgan County, it's more community-acquired cases," Spillers said. "I think what we're going to see going forward is more community-acquired cases as people get together and assemble and so forth. There may be a skilled nursing center that had a few cases in (Morgan County). But in hospitalizations, there's no significant pattern."

Despite being at an inpatient peak for the Huntsville Hospital system, Spillers said the hospitals are in no danger at this point of being overwhelmed.

"From a system perspective, we're a long way from a crisis," he said. "We've got a massive hospital in Huntsville and we've got 6 patients in the hospital. Decatur would probably say it's about enough. Our system is capable of flexing up and down to take care of a lot of patients.

"We're not even close (to being maxed out). If we had 100-150 patients and 60-70 in Huntsville main, then you might have to start changing your normal business. But we are a long way from having to change normal business."

Those changes in business would mean ending elective surgical procedures and blocking off hospital floors for COVID-19 patients. Since the state has allowed hospitals to resume operations, those facilities have ramped back up while still treating those with the coronavirus.

In Decatur, Spillers said the hospital had about 100 patients apart from the virus.

For Huntsville Mayor Tommy Battle, he’s looking at surrounding counties and described the Rocket City as being on “an island.” Morgan and Marshall counties, which border Madison, each have more cases than Madison County despite much smaller populations.