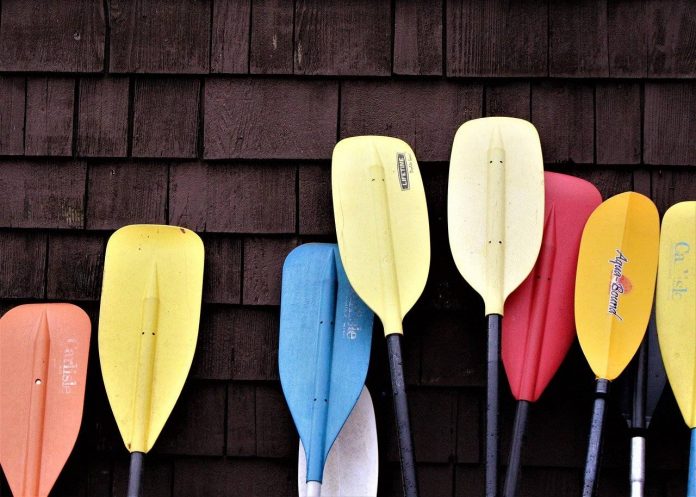 
A springtime trickle of Manitobans entering Ontario to visit their lakeside cottages alarmed Kenora Mayor Daniel Reynard a month ago.

Now that Manitoba is poised to restart some non-essential services Monday, Reynard fears an even bigger influx — this time sun-seekers expecting amenities that are simply unavailable.

The message in Ontario is still one of restraint: Avoid non-essential travel, and do not visit your cottage. Provincial travel is not prohibited, but vacationers and day-trippers will find little to do.

Restaurants are closed, as are all beaches, golf courses, parks, trails and marinas.

Although Manitobans have also been urged to avoid travel, the province’s readiness to start easing restrictions “creates confusion,” says Reynard.

“With Manitoba opening up much sooner than Ontario … people are starting to flow here and get ready for the summer season,” says Reynard.

“The people from those areas are going to come here expecting services.”

Ontario Premier Doug Ford has announced a broad three-stage reopening plan and stressed the need for a gradual, cautious approach.

It begins Monday with the province allowing marinas and golf courses to begin preparing for the upcoming season. While that opens the door to the possibility of summer fun, in a release Ford’s office stressed marinas were still closed to the public.

Reynard says he fully backs restrictions necessary to keep citizens safe, even if that means closing the provincial border to limit COVID-19 spread.

“In the summertime, under normal conditions, our emergency department is overwhelmed,” he points out.

Still, Reynard wonders when Ontario will loosen restrictions, calling the summer season a “make-it-or-break-it” period for many local businesses.

“Should this carry over until the first weekend of July — and I’m just using it as a target date — there’s a significant chance that we will lose businesses. That’s the reality and that’s going to happen right across the province.”

Striking the right balance between public health imperatives and inviting local spending is tricky, agrees the mayor of the Township of Muskoka Lakes, in southern Ontario.

Phil Harding says he and other regional mayors videoconferenced this week to assess common priorities they’d like addressed by any moves to reopen the economy.

The marina closures are a key concern: “We are a water-driven economy, we have boats and people who want to go boating, but until you can really get access to a marina, you’re probably not going boating.”

Harding expects international tourists to be non-existent for the next six months to a year, but is wary of courting Ontarians while public health officials continue to urge residents to remain where they are, even if they are not sick and believe they can physically distance at the lake.

“We may see some of those GTA people who have gone elsewhere for tourism actually come to Muskoka; I don’t know when that’s going to be allowed,” says Harding, who expects the Victoria Day long weekend to indicate how the season may look.

Despite the messaging to stay away, cottagers have been trickling in from the city, with a noticeable bump over the Easter long weekend.

For landscapers and food providers able to pivot to online and contactless service, this has been the busiest April in recent memory, says Morgan Richter of the Huntsville Business Improvement Area.

“April is a very slow month for us, normally, but it’s been busier because of the influx,” Richter says.

“People are thinking about getting their lawns ready and obviously people have to eat and people are wanting to eat well. So a lot of our gourmet, specialty food has seen an increase in their sales.”

But several small businesses without e-commerce sites are struggling, she adds.

Richter worries their woes will only intensify when summer comes, assuming COVID-19 restrictions that have banned foreign tourists and curtailed inter- and intra-provincial travel remain in place. Short-term rentals are also banned for the time being.

The pool of in-province tourists is limited over in Prince Edward Island, where Ontario couple Lisa and Paul Reid bought Briarwood Coastal Cottages & Lodge in September 2019 out of their love for the Island and its people, and the belief if would attract hefty interest both within Canada and abroad.

“Boy, it’s not going to be what we projected,” Lisa Reid admits.

Non-essential travel has largely stopped and those who do enter the Island must self-isolate for 14 days, making it impossible for Reid’s adult children to visit this summer from Ontario, she says. They currently have long-term tenants but it’s not certain how long they’ll stay.

In the meantime, there’s the unexpected burden of keeping up with public health requirements to protect guests and housekeepers from possible COVID-19 exposure.

“As the days go by, I think the summer is looking more bleak, especially for tourism, but I feel like we need to do this to save lives,” says Reid.

“If we all do this now and follow the rules, maybe we won’t have to do it for as long and we can have some sort of a summer.”

The overall message in British Columbia is to stay where you are, says Victoria resident James Little, who took over a Quadra Island cottage Jan. 1 but doesn’t expect to enjoy it the way he had hoped.

“You want to phone friends and say, ‘Well, come on up to the cottage!’ And everybody’s reluctant,” says Little.

He’s also wary that some locals seem to eye seasonal visitors with disdain, noting scuttlebutt on the island through late winter centred on anxiety over tourism and the belief that visitors should be restricted.

The Littles isolated at the cottage from mid-February to mid-April, and returned to Victoria for personal and work obligations.

Katherine Little says they’re planning a month-long return to Quadra in June, when they hope to share their two-bedroom cottage with James’ brother and sister-in-law.

Each couple will self-isolate for 14 days and then meet at the island, she says. And when they arrive, social distancing rules will still apply.

“We’re still not going to hug each other,” she says chuckling.