Home Local News County Commission Chairman: ‘We Don’t Have This Pandemic Under Control’

“We don’t have this pandemic under control, Strong said. “Not in Madison County, not throughout the state of Alabama and not in the United States.”

The comments came on the same day that Tedros Adhanom Ghebreyesus, chief of the World Health Organization, was quoted at a press briefing in Geneva saying the pandemic is speeding up globally and the “worst is yet to come.’’

“We all want this to be over,’’ he said. “We all want to get on with our lives. But the hard reality is that it’s not even close to being over.’’

Also Monday, Arizona joined Texas and Florida whose governors closed down such gathering spots as bars, gyms, and beaches to combat spikes of the novel coronavirus in those states.

“As of (Monday), we have 115 COVID positive inpatients in our system,” Spillers said. “When I reported on June 1, we had 28. So that’s a substantial increase in the month of June.”

Spillers said local and area hospitals have enough beds to deal with virus surges that require hospitalization. What he fears right now is the exposure of health care workers.

Strong noted that 14 HEMSI workers were out Monday because they’ve been exposed to a COVID-19 patient or a family member has tested positive.

Spillers and Strong both continued to stress wearing face coverings as a way to combat the spread of the virus.

“I don’t know when wearing face coverings became a political statement, and I’m sorry that it has,” Spillers said. “It hasn’t got anything to do with that. It’s just an effective way to keep people from transmitting the disease.’’

Strong said he’s heard from people who don’t want to wear a mask.

“You look at the mistakes of other states, we don’t want to make the same mistakes they’ve made,’’ he said. “The mask has proven to be beneficial to the people of Madison County.

The 115 inpatients Spillers alluded to include a 16-year old who is one of 11 coronavirus positive patients on a ventilator and among 16 total in ICUs. There are 44 inpatients in Madison County, including 38 at Huntsville main, six in Madison, and two in Crestwood Medical Center.

Huntsville Hospital has the highest number of cases since its first positive patient was admitted. As businesses re-open and sports are coming back to life, Spillers cautioned that not going backward like Arizona, Texas and Florida is to practice safeguards.

“We can’t go back to normal without some protections in place,” he said. “That’s not going to work.” 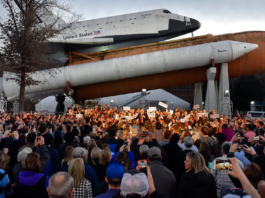 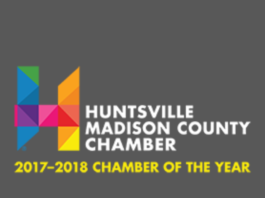