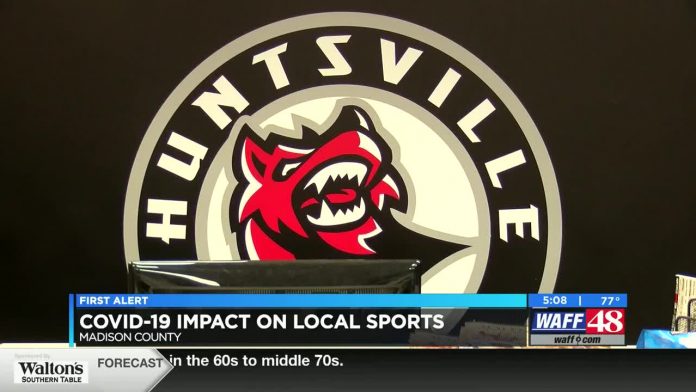 
HUNTSVILLE, Ala. (WAFF) - Baseball and hockey players are still on the sidelines waiting to find out when they can suit up and play.

Employees with the Huntsville Havoc opened up their box office Monday, so you can purchase season tickets. You can also pick up all of the merchandise you purchase online.

The president of the Huntsville Havoc, Ashley Balch, says the team has lost more than $400,000.

“We did lose five home games. We lost our playoffs, so you’re looking at a pretty substantial economic impact on our bottom line,” said Balch.

“Season tickets are very consistent with where we’ve been. I think people are optimistic and positive that things will be back to normal in October. We have to plan that our season will start in October and we’ll just make adjustments as we need to make them,“ said Balch.

Over in Madison, the Trash Pandas baseball field is being mowed, the doors to Toyota Field remain closed, but the team’s merchandise is hitting it out of the park with record breaking sales.

“We just hit $2.5 million since we’ve started. Nobody else in baseball has ever seen those kind of numbers. We’re constantly getting phone calls from people asking us what the secret sauce is and the secret sauce is our logo and how fabulous our fans are,“ said CEO Ralph Nelson.

“We are doing pretty close to $2,000 a day just online alone. I’d say about 80 percent of those are from outside of Alabama,“ said Nelson.

The president of the Huntsville Havoc and the CEO of the Trash Pandas both say, they don’t know when their seasons will start. They hope it will either start on time or pretty soon.