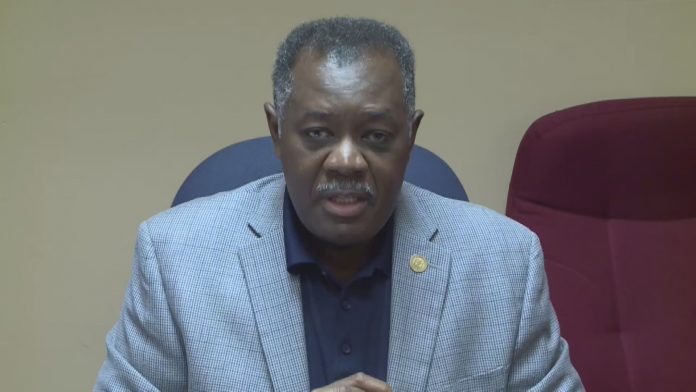 HUNTSVILLE, Ala. – Businesses near the courthouse in downtown Huntsville were on the front lines of the conflict between police and protesters Wednesday night. They provide a unique perspective about what the demonstrations mean to the community.

One of the oldest hardware stores in the state might also just have the oldest windows in the city. But instead of covering them with plywood, the story only covered with them with posters to show support to people protesting in response to George Floyd’s death.

“Decided to put up some posters in support of course the whole mission of this is supporting everyone the whole community,” said Cheyl Sexton, Harrison Brothers Hardware Store manager.

Other building owners decided to board up their windows, making sure to nail posters that said things like “Justice for George Floyd” and “Black Live Matter”.

“From the perspective where I sit from, those signs on the plywood shows support of the owner of the building and the people who work in the buildings,” said Vaughn Bocchino, a public historian of American South.

There is a lot of history downtown.
Wednesday night – another page turned in its story.

Many stores near the square closed early, long before a large crowd gathered around the courthouse after the protest organized by the NAACP in Big Spring Park.

“At some point me and my friend ended up on I guess would be the west side where when the flash bangs went off,” he remembered.

Before the protests this week- it had been more than a decade since police used tear gas during a protest.

“I think it was an entirely inappropriate response,” Bochinno said.

Thursday, a day after the latest demonstration, some windows still boarded up and banners for the cause still hang high. The atmosphere downtown…

“You know its a little slow today,” Sexton said.

“It’s heavy. From what I can tell, a lot of people are angry. Of course, I’m here. Everyone has got to get back to work. You got to get paid. It’s heavy and its looming over and I don’t think that’s going to be the last protest,” Bochinno said.

Someone also broke the front window at the Kaffee Klatch Wednesday night.
They posted a sign showing support for the cause behind the protest.