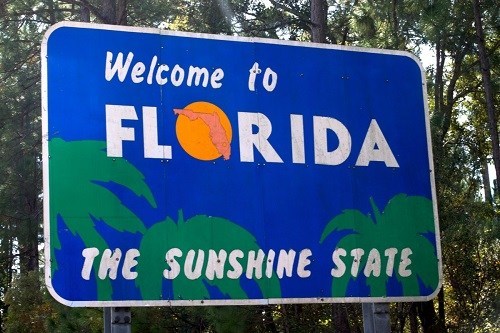 
By Jim Saunders, The News Service of Florida

The council maintains that Florida put itself at a competitive disadvantage in attracting high-skilled and high-paying jobs by giving up on “performance-based” incentive programs such as the Qualified Target Industry, or QTI, tax-refund program.

“These programs just tipped the scale a little bit in our direction,” Bob Swindell, president & CEO of the Greater Fort Lauderdale Alliance, said during a council webinar Thursday. “I think when we talk about what we’re focused on, you know, we call it the targeted industry tax rebate program because we focused on specific industries. We’ve been very focused on what we want in Florida, how we want to diversify our economy here. This is not for every industry that’s thinking about a relocation.”

The QTI program offered tax refunds of $3,000, or double in rural counties, for the creation of each full-time job that paid at least 115 percent of the state or local average wage.

But the state in recent years revamped economic-development efforts after a battle between then-Gov. Rick Scott and House leaders about incentives.

In 2017, the Legislature created the Job Growth Grant Fund program, a pool of money available to the governor for regional infrastructure projects and workforce-training programs and scuttled a request by Scott for $250 million in incentive money that could go directly to businesses.

Jamal Sowell, president of Enterprise Florida, the state’s business-recruitment agency, said the takeaway from Thursday’s presentation was to counter news reports that Florida is “not open for business.”

“What we want with QTI is the support from the Legislature to do the basics to show the world and show businesses that we are serious about competing every single day, for those companies to come to Florida to really make a difference in the lives of every single area of the state, whether it is rural or urban,” said Sowell, who is an ex officio member of the economic development council.

Sowell said the QTI program was the state’s flagship tool, producing a conservative $4 return on every $1 invested.

John Boyd, Jr., principal of New Jersey-based corporate site selection firm The Boyd Company, told council members that Florida may have had a stronger chance of landing the Space Command headquarters at Patrick Space Force Base in Brevard County with a business incentives program.

The push for the headquarters was driven by economics, as the potential impacts include about 1,500 highly paid workers, 700 indirect jobs, construction costs that could approach $1 billion and the draw of accompanying aerospace, avionics and telecommunications industries. The Air Force last week announced that the headquarters would go to the Huntsville, Ala., area.

“Reinstating the QTI will help Florida, particularly Panhandle communities like Crestview, Pensacola, Fort Walton Beach and Panama City, compete against cities in Georgia, Louisiana and Alabama for a lot of those supplier jobs that we expect to be gravitating to do business with the new space command headquarters in Huntsville in the months ahead,” Boyd said during the webinar.

Since 2017, the council contends Florida has lost to incentive-rich states such as Texas, Tennessee, Georgia and Virginia when trying to recruit high-value corporations such as Honeywell, Charles Schwab, Aircraft Solutions USA and LabCorp.

“Florida’s not going to create a system that, in my mind, that we’re handing out money to ask them to come here,” LaMarca said. “We don’t need to do that.”

Gov. Ron DeSantis cut money for the Job Growth Grant fund for the current fiscal year as he slashed $1 billion from the state budget as a brace against economic fallout from the coronavirus pandemic.