The numbers are in and they tell one story: face coverings are winning the battle against the novel coronavirus COVID-19.

Since the Madison County Health Department began requiring everyone to wear face coverings in all businesses and gatherings in groups, the number of positive test results for the virus has gone down after the county experienced a surge.

Dr. Karen Landers of the Alabama Department of Public Health issued the mandate July 7 on behalf of the county. About two weeks later, the number of positive test results began to drop.

“Since July 22, every day the number of new cases has declined,’’ Crestwood Medical Center CEO Dr. Pam Hudson said during Wednesday’s COVID-19 press briefing at the Huntsville City Council chambers. “Right before that, we were announcing 175 new cases per day. (Wednesday) the announcement is 56.’’

Madison County had a low number of positive cases compared to many others in the state until after Memorial Day. Cases began to spike and Madison County now has the highest total of positives in North Alabama.

But, the statistics are looking more favorable.

“Madison County has had a sustained decline in three-day, seven-day and 14-day average increase in cases,” Hudson said.

Madison Mayor Paul Finley credits the face-covering mandate — and the willingness of residents to follow those orders.

“People are doing what they’re being asked to do,’’ he said. “We can see in the numbers that it’s starting to make a difference.’’

“The state and the surrounding counties, their decline has not been as dramatic,’’ Hudson said. “Why? Because they didn’t start the serious masking until about a week or so after Madison County.”

Huntsville City, Madison City and Madison County school districts will hold virtual-only classes for the first nine weeks when they resume. The Alabama High School Athletic Association announced its fall sports seasons would start on time though two south Alabama counties — Sumter and Greene — canceled athletics for the first nine weeks and one — Barbour — shelved all sports for 2020-21.

Meanwhile, Hudson said that hospitals in the county are still feeling the results of the surge even as cases decrease. Currently, she said, there are between 120 and 130 COVID-19 inpatients in the county.

And while recent news has been positive, officials continue to emphasize the importance of wearing coverings over the mouth and nose, social-distancing and hand-sanitizing.

“Let’s not get complacent,’’ Finley said. 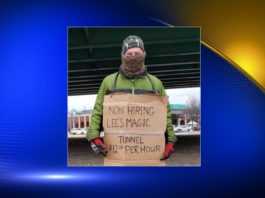 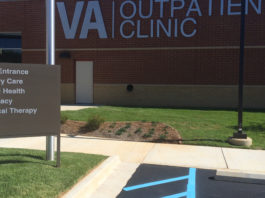 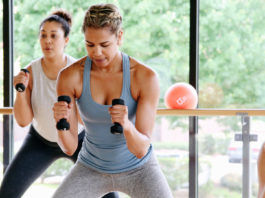