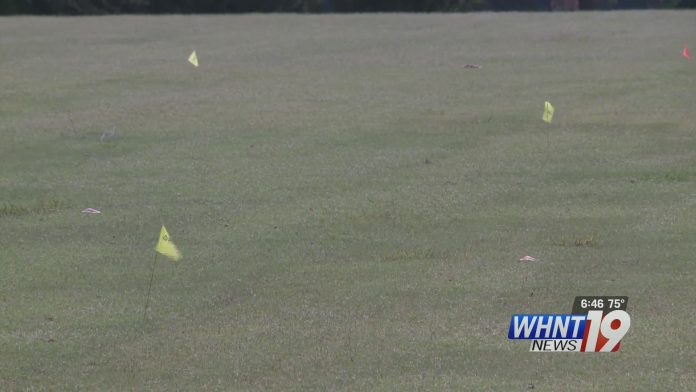 HUNTSVILLE, Ala. – As the number of COVID-19 cases in North Alabama continues to increase, Huntsville Hospital CEO David Spillers reports five children are now hospitalized with the virus.

Spillers said some of the children are only months old. A 4-year-old that tested positive is also a cancer patient, he said.

“If the thought of you accidentally giving COVID to someone, a child, or particularly a child who is trying to deal with cancer, is not reason enough to put on a face covering, I don’t know what is,” Spillers said.

Across North Alabama, Spillers reports there are 121 COVID-19 inpatients. Thirty of those patients are in the ICU and 14 are on ventilators.

Huntsville Mayor Tommy Battle said due to the increase in cases, measures requiring masks in public areas are being considered.

“I think all of us realize right now that we’re in a dire situation. We’re starting to have cases that are resulting in hospital stays, and the hospital stays are coming at numbers that are dangerous and dangerous for our area,” Battle said. “We’re three and a half months into this. Early on, we had some great responses. The community responded well and the community is still responding to us, but we’re still having spikes right now. Spikes that I would consider dangerous to the welfare of our community. “

Spillers said there isn’t an issue with the number of beds for patients, access to treatment drugs, or their supply of personal protective equipment, but he said he is concerned about staffing.

“People are coming into contact with people in the community that they find are COVID positive so we have to take them out of the rotation, go through the testing just like anyone else would,” he said. “It’s starting to strain the system because there’s so much COVID in the community. So we’re a little worried about that. We’ve been blessed we haven’t had physicians test positive for COVID, we haven’t had to take any out of the rotation.”

Spillers said over 1,000 people have been tested over the past two days. Because of the increase in demand for testing, Spillers said starting Monday, the Fever and Flu Clinic will limit testing to only those with COVID-19 symptoms.

He added the drive-thru clinic will reopen at John Hunt Park next week, possibly around midday Monday. After Monday, the testing site will be open Tuesday – Friday from 9 a.m. – 3 p.m. People won’t need a physician order, and asymptomatic people will be seen. Thrive Alabama will assist with testing.