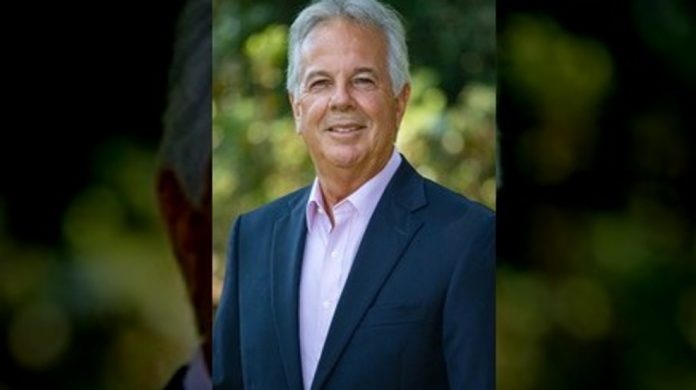 
FAIRHOPE, Ala (WPMI) — Former Fortune 100 company businessleader and former owner of Fairhope Paddleboard, John Manelos announced his intention to seek the office of Mayor of Fairhope on Friday

Manelos is currently a volunteer member of the Personnel Board of the City of Fairhope.

“I understand the issues and unique challenges facing Fairhope and I want to make a positive contribution as the city’s next mayor,” Manelos said. “Respect for others, kindness and integrity are the ideals I strive for in myself and value most in others. I believe service to others is a calling, not a job.”

Enhancing and protecting what Fairhope is known for: our bay, arts, beauty, local merchants, and unique culture

The mayoral race is set for Tuesday, August 25.

A release issued from the campaign stated the following:

Elected representatives serve citizens best when they conduct themselves in a respectful, cooperative manner. That means building consensus, and where differences occur, seeking compromise and outcomes that benefit everyone.

All citizens should be good stewards of our environment. Ongoing problems related to sanitary sewage overflows and the resulting pollution of Mobile Bay must be given high priority by our elected officials. That is why repairing, replacing, and enhancing our sewage and storm water collection systems should receive our greatest focus.

Growth is inevitable in thriving and desirable communities. We must prioritize preserving and protecting what Fairhope is known for: its charm, beauty, the bay, our local merchants, visual and literary arts, our unique culture, and our sense of community.

The City of Fairhope’s greatest asset is its employees. We need a leader who will successfully foster a

positive work environment so that we retain good employees and have the reputation as a desirable place to build a career.

We are so fortunate to have a community of residents who possess a wealth of talent, experiences, and willingness to serve. Some have lived here all their lives while others moved here for the same reasons so many remain in Fairhope. This powerful combination can contribute to us achieving our common goals. We are all Fairhope residents. We will be most successful when we come together as one community.

A passionate and experienced advocate of conflict resolution and restorative justice principles, Manelos has volunteered in community-based programs for prison inmates and juvenile offenders. Most recently, he volunteered as a co-mediator in Mobile District Court.

In 2012, Manelos retired to Fairhope, then launched the business venture Fairhope Paddleboard. Concerned about the harmful impact of pollution on the environment of Mobile Bay and surrounding estuaries, he served as a volunteer with the Coastal Wildlife Rescue and Research Center to rescue migratory and protected coastal birds within Baldwin County.

He is a cofounder of Our Bay Eastern Shore, along with other civic leaders in Fairhope. The nonprofit’s mission is to engage residents of the Eastern Shore through positive measures to protect and preserve Mobile Bay. Manelos currently serves as president of the group.

Before his retirement from BP America, Manelos served as vice president of security and crisis management for the Gulf Coast Restoration Organization. In this capacity, he was a member of the leadership team responsible for directing the 40,000-person organization.

Manelos is the proud father of two adult sons, Will Manelos, 35, of Los Angeles, and Nick Manelos, 37, of Atlanta, Georgia. He and his wife, Robin, like to spend time outdoors paddle-boarding and enjoying the beautiful waters of coastal Alabama.