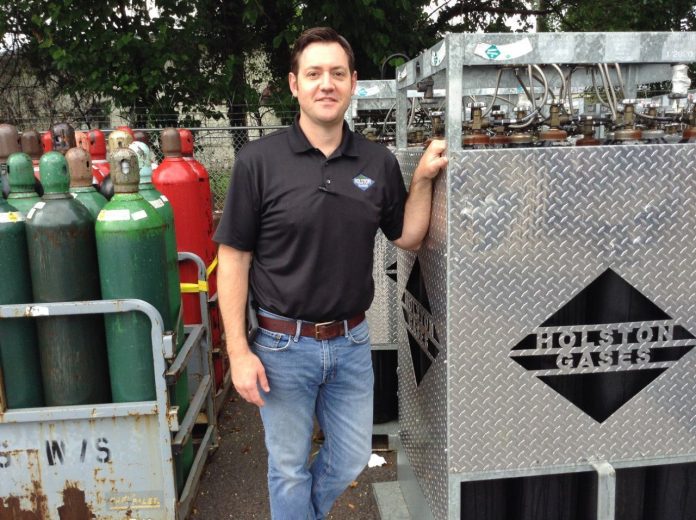 Andy Braden, shown at the Huntsville, Ala. location of his employer, Holston Gases, in this image taken on Friday, May 29, 2020, graduated with honors from Athens State University 20 years after taking his first college classes. The 40-year-old will have to wait until Aug. 1 to participate in his college commencement. (Marian Accardi/The Decatur Daily via AP)