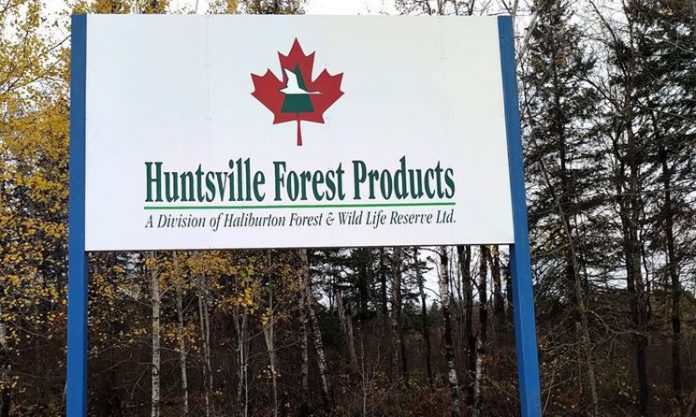 A hardwood sawmill in Huntsville has a new owner.

“We saw it as a great opportunity to grow the business, bring new and talented people onto the team, and expand our capacity,” Malcolm Cockwell, a forester and managing director for Haliburton Forest and Wildlife Reserve, told this newspaper.

The mill will add 30 million board feet of annual hardwood lumber production capacity to the company.

No material changes to employees, contractors, suppliers, customers or other stakeholders were immediately planned.

“We were always interested in the Huntsville sawmill because of the historic connection between it and our private lands in Haliburton,” said the former Huntsville resident. “So, when we found it was, potentially, for sale, we were very interested.”

He said the company saw the Huntsville mill as an important asset.

“Huntsville has been a pretty respected and productive operation since the 1970s when it was built,” he said. “We see it as the leading facility within our group.”

The company would now have production capacity of 40 million board feet of hardwood lumber annually, while continuing to contribute to regional hardwood forest management, and employing roughly 140 staff with more than 100 contractors supplying raw materials.

Cockwell commented that a consolidated hardwood lumber business in Ontario was an exciting opportunity.

He said the company believed that, if it could grow to a certain scale, it would become a more efficient, competitive and sustainable business to the benefit of the company, employees and community.

“I think everybody can look forward to having a stable and, I’d like to think, entrepreneurial and successful business running that facility, so there is some long-term confidence that we’re going to be there and we’re going to keep growing,” he said.

He added that forestry remained a foundational and vibrant industry in Huntsville and Muskoka, though it was perhaps not as noticeable as others.

Natural resources, agriculture and related production, according to the District of Muskoka’s 2019 Economic Development and Community Profile, was one of the region’s 10 key occupations and employed roughly three per cent of the labour force.

And Cockwell argued forestry complemented other area industries, such as tourism, as it, too, depended on healthy forests.

“If we don’t take care of the forest as we manage it, Huntsville Forest Products won’t be in business very long,” he said. “It’s in our best interest to keep it going.”

The sawmill acquisition does not include the former flooring plant previously severed from the property.