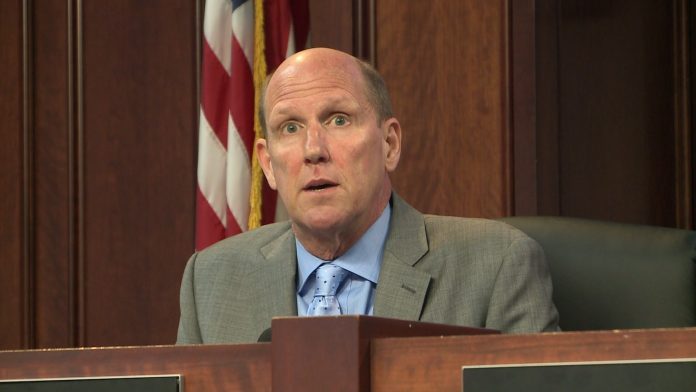 HUNTSVILLE, Ala. – The Huntsville Housing Authority is working to resolve the radon issue at Butler Terrace Addition. High levels were found in dozens of homes. The housing authority told residents in February, months after our partners at AL.com broke the story. Because of COVID-19, residents will have to stay home for an indefinite amount of time.

The Huntsville Housing Authority said most of the families impacted by the radon issue have decided to remain at Butler Terrace Addition, until they receive a housing choice voucher.

Administrators said they hope to demolish the complex soon and eliminate the radon problem completely.

Radon is a radioactive gas. High levels of it were found in 60 units out of 120 units at Butler Terrace Addition. But now we’re four weeks into a stay at home order by Governor Ivey, so families are inhaling that gas more often.

Riche works with the Huntsville Housing Authority. She said most families impacted by the radon issue would rather wait for neighborhood choice vouchers to relocate to a new home. They will get help with expenses and moving costs.

“Any residents deciding to stay in their units, we are just encouraging them to open their windows, ventilate it, have as much airflow through the units because that is how much that can mitigate some of the levels during this period,” said Riche.

The housing board can’t move forward with demolishing the complex until plans finalize.

The Huntsville Housing Authority said it reached out to the Department of Housing and Urban Development to provide immediate relief for families, but HUD does not view radon as an emergency.

“Right now, our focus is working on a demolition application for the site that way any residents that are in those units can get a section 8 voucher and find housing in the private market,” said Riche.

Once the demolition application is complete, all residents living at Butler Terrace Addition will be required to relocate, even if radon levels were below the federal limit. The issue may eventually disappear along with these homes.

The Huntsville Housing Authority has plans to do something about the Butler Terrace apartments, which sits on the same property. Those buildings face Clinton Avenue, while Butler Terrace Addition faces Governors Drive.

The housing authority is making plans to either remodel or demolish the Butler Terrace.

“We are in the planning process to put together a plan for what that site will look like,” said Riche.

Whatever the housing board members decide to do, the choice neighborhood grant they received requires them to replace the apartments with affordable housing on site. They’re considering a mixed-income community.

The Huntsville Housing Authority said some families living in homes that had elevated radon levels have requested to transfer to another public housing community. As of today, there are available public housing units in Huntsville and one household already relocated.