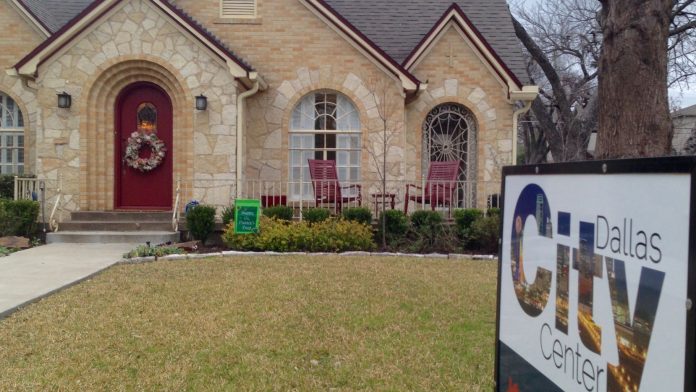 
Dallas-Fort Worth home prices were just 2% higher in the latest national comparison. But more recent surveys show that D-FW housing costs are rising at a much greater rate.

The National Association of Realtors estimates that single-family home sales prices in D-FW in the second quarter rose 2% year-over-year to $280,900.

But the latest data from local real estate agents found that median home sales prices in the area jumped 9% in July to a record $294,200. The July housing market was driven by a record number of North Texas home sales.

Nationwide median home sales prices in the second quarter were up 4.2% from 2019 levels, according to the Realtors association.

Home prices rose in all but 4% of U.S. metro areas.

A shortage of properties on the market in D-FW and many other areas of the country is pushing prices, even during the pandemic.

“Home prices have held up well, largely due to the combination of very strong demand for housing and a limited supply of homes for sale,” Lawrence Yun, Realtors’ chief economist, said in the new report. “Historically low inventory continues to reinforce and even increase prices in some areas.

“Unless an increasing number of new homes are constructed, some buyers could miss out on the opportunity to purchase a home or have the opportunity delayed,” Yun said. “In the meantime, prices show no sign of decreasing.”

The national median existing single-family home price in the second quarter of 2020 was $291,300.

While still strong, the second quarter U.S. price rise was less than the 7.7% year-over-year gain in the first three months of 2020.

Houston prices were 2.8% higher than in second-quarter 2019.

North Texas home prices were up 4% year-over-year for the first seven months of 2020, according to data from local real estate agents.

Lower mortgage rates are so far blunting the impact of higher home costs.

“Although housing prices have consistently moved higher, when the favorable mortgage rates are factored in, an overall home purchase was more affordable in 2020′s second quarter compared to one year ago,” said Yun.