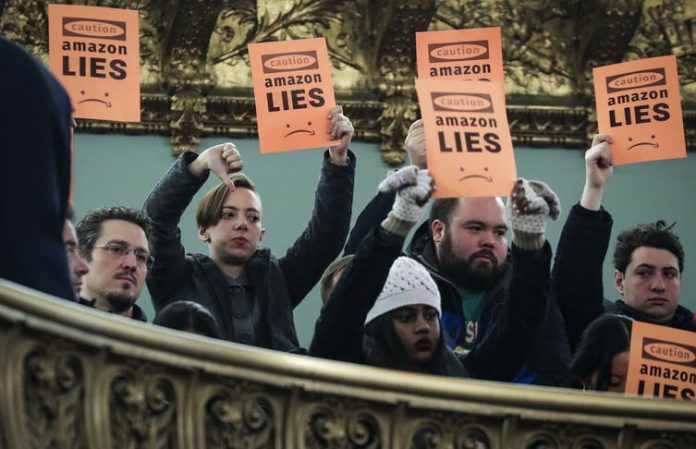 
As companies labor to stay afloat amid the coronavirus pandemic, some businesses that feel hemmed in by local or statewide workplace safety mandates have threatened to relocate to more accommodating locations.

Before the pandemic, governments offered packages of tax breaks, grants and loans to entice businesses to relocate and encourage businesses to employ more people. Tax deductions allow companies to invest earnings in production and output. Economic theory suggests that the increased employment and consumption that results will spur higher rates of economic growth than what the government could have achieved with the tax revenue.

Johnston County, North Carolina, saw just that when it lured Novo Nordisk to the area. The multinational pharmaceutical company revitalized the local economy by creating jobs and injecting new spending into the community. And in 2018, Alabama and its local governments offered more than US$800 million in incentives for the construction of a Toyota-Mazda plant outside of Huntsville. The plant is expected to bring $1.5 billion in new construction and 4,000 jobs to the region.

Investment tax credits, which allow businesses to deduct a percentage of their investments, research and development tax credits, offered to businesses in exchange for their engagement within the community, and property tax abatements all failed to help struggling local economies.

It's only when incentives are strictly tied to job creation or job training that we found positive economic impacts. That means that locales that want to attract businesses with financial incentives would do well to focus on two things: job creation tax credits and job training grants.

Local governments that decide to help finance private businesses shouldn't forget to keep an eye on their own fiscal health.

As Amazon searched for its HQ2 headquarters, local governments in Maryland put together incentive packages valued in the billions but with no clear plan to capture economic growth. The governments planned to receive income taxes on high employee wages, which would help defray the costs of the incentives. But the economic benefits from income taxes could take 15 to 20 years to materialize.

Amazon's planned expansion into New York City fell flat after local opposition, led by Alexandria Ocasio-Cortez, questioned the return in value to the community that the $3 billion tax incentives would have brought. Among the concerns were fears that HQ2 would drive up housing prices, increase traffic on public transportation and require increases in local taxes to cover the cost of the incentive.

[Expertise in your inbox. Sign up for The Conversation's newsletter and get expert takes on today's news, every day.]

Both Maryland and New York could have learned from our study that found incentives focused on job creation tax credits and job training grants work better than other types of incentives. These job-related incentives center on employing residents, either by helping businesses defray the cost of salaries or by funding on-the-job training programs for new employees. Both types of incentives transitioned people into better paying jobs and spurred growth.

These findings could prove essential as states respond to the COVID-19 pandemic.

We're watching North Carolina, which has provided $6 million in training grants to help hire displaced workers by allowing businesses to recover the cost of training new employees during the pandemic. It will take at least a year before the impact of this program can be measured but our research suggests that their approach is on target.

Since the start of the outbreak, many state and municipal governments have expanded their incentive packages by adding new grants and loans for businesses to help cover operating expenses. In San Francisco, small businesses can apply for a 0% interest hardship loan of up to $50,000. Connecticut is offering loans of up to $75,000, or three months of operating expenses, to businesses impacted by the pandemic.

For many small businesses, these grants and loans may mean the difference between reopening and failure. At least half of U.S. small businesses could fail due to pandemic if they do not receive help, according to a survey by the National Federation of Independent Business. As of June 15, more than 140,000 small businesses in the United States have already closed their doors.

During the pandemic, the capacity of governments to afford financial incentives has emerged as a major concern. The recession has slashed state and local government coffers by reducing sales and income taxes they receive. Consequently, many governments have become fiscally unstable when demand for public services is at its highest.

Still, the U.S. Senate has refused to bail out state and local governments, further shrinking their abilities to kick-start their economies. Absent federal action, local governments would do well to focus economic development on incentives geared towards employment and training, which provide benefits to businesses and their communities.

This article is republished from The Conversation under a Creative Commons license. Read the original article.