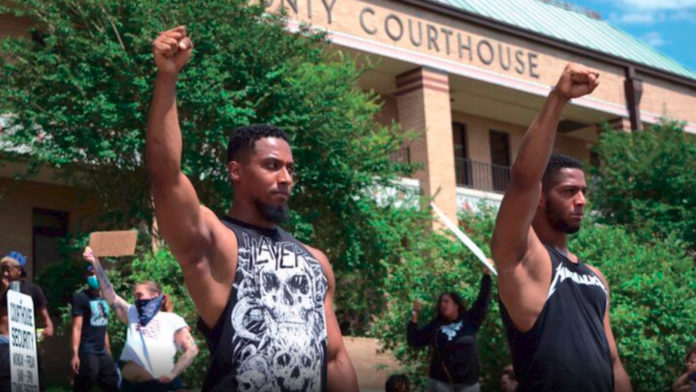 HUNTSVILLE, Texas (KTRK) -- Jules and Mustapha Williams fell in love with the stage at an early age, spending years acting, dancing or playing music. Now their stage is the corner of Sam Houston Ave. and 11th Street in Huntsville.

Jules Williams said, "We can reach so many people on that corner. We've partnered with Huntsville Pride, we've raised money for SAAFE House, and I think we got 50 people registered to vote this year."

The brothers have always been interested in what's going on in the world, and have faced racism in the past. But it wasn't until George Floyd's death that they attended a Black Lives Matter event, and saw the opportunity for change and equality.

The brothers hold weekly protests in Huntsville, and have big plans to help the community in 2021. They said they want to move forward with everyone, and make the city the best place for everyone to live.

If you want to learn more about the brothers, you can check them out on Instagram.

Want to see more from the heart of your community? Check out your town's stories through ABC13+'s Facebook page.