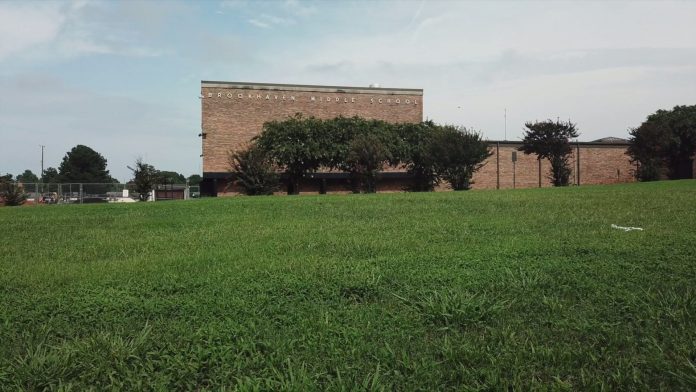 HUNTSVILLE, Ala. – Entertainment venues in Alabama remain closed through at least May 15, and one downtown Huntsville business owner is not rushing to reopen. He said in other cities, the re-openings are chipping away at his profits.

Before COVID-19 cut into the entertainment industry, Bad Axe Throwing said it was making a profit from its 40 locations — including one on Washington Street in downtown Huntsville.

But the pandemic forced CEO Mario Zelaya to lock its doors.

“My biggest fear is more what’s going to happen to the industry?” said Zelaya.

Zelaya reopened his first shop in Atlanta two weeks ago, but he said the lockdown carved away at his clientele. Hundreds of axe throwers — slashed down to just two for his reopening weekend, and another 12 this past weekend.

He said the busiest days were Friday nights, all day Saturday, and parts of Sunday. But lately, there are no busy days.

“Like it’s literally a fraction of one percent is what we ended up seeing in terms of revenue,” said Zelaya. “It was atrocious.”

That will hardly cover the costs of utilities and labor.

“Having the walk-in ability and waiting for one to come in is going to be impossible to sustain,” said Zelaya.

Zelaya said he owns another spot in Oklahoma City and the situation isn’t any better. Most businesses reopened over the weekend there. So Zelaya is seeing early on that the entertainment industry in Huntsville may mirror what he’s been experiencing in bigger cities.

“My worry is that in Huntsville the situation is going to be exactly the same,” said Zelaya. “If the governor says ‘hey, we’re going to open back up,’ that’s great. People want to get to work. They want to start making revenue, but the problem is they’re not going to come close to seeing the numbers.”

And with millions out of work, leisure spending won’t make the cut.

Focusing on the target

“It’s not going to be a quick, ‘hey, we’re out of quarantine. We’re just going to go out and spend money, and I go to these entertainment centers.’ I don’t think anyone’s doing that,” said Zelaya. “I think too many jobs have been lost, too much fear have been instilled in people, and there is no cure. When you combine all those things it’s quite grim.”

Zelaya said it will take much longer than he first expected for his business to once again hit its mark.

Bad Axe Throwing is considering canceling walk-ins and rely on weekend appointments only in Atlanta. The owner said that may be the case when Bad Axe reopens in Huntsville too.