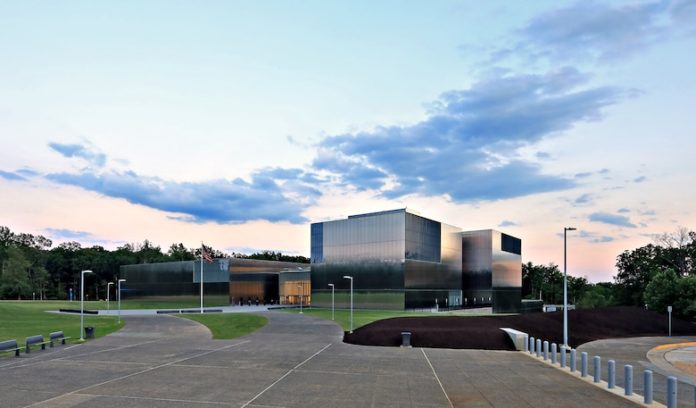 HUNTSVILLE, Ala. -- When the National Museum of the United States Army opened its doors for the first time, visitors and museum personnel could rest assured that the priceless artifacts and displays would be safe and secure thanks to the security-systems expertise of employees at the U.S. Army Engineering and Support Center, Huntsville.

The museum, located on a publicly accessible area of Fort Belvoir, Virginia, is the first and only museum to tell the entire history of the Army. Soldiers’ achievements are featured in the sprawling 185,000-square-foot building with exhibits and displays that date back to the Army’s inception in 1775.

The museum’s 11 galleries house more than 1,390 artifacts including a sword from the defense of Fort McHenry in the War of 1812, the Sherman tank that first broke through enemy lines at the Battle of the Bulge in World War II, and a stopped wristwatch recovered from the wrecked E-Ring of the Pentagon after the Sept. 11 attacks. These irreplaceable items that document the history of the nation’s oldest military branch are protected around the clock by museum guards and a complex security system designed and installed with guidance from Huntsville Center's Electronic Security Systems team.

As the Army’s Electronic Security Systems (ESS) Mandatory Center of Expertise, Huntsville Center was charged with awarding the contract for the museum’s ESS, reviewing and approving design plans, and providing continued technical expertise during the installation phase and beyond.

Project Manager Mindy Shelton, whose father is a retired Army military police officer who served in Operation Desert Storm and numerous other conflicts, said this project was especially meaningful for her.

“This museum is really amazing because it covers any conflict our Army has ever been involved in. There is even a section for Wounded Warriors artwork that they created during their recovery,” she said. “It’s truly phenomenal, and we are so proud to have been a part of it.”

The museum was originally scheduled to open on June 14, 2020, in honor of the Army’s 245th birthday, but was delayed due to the COVID-19 pandemic. Despite these setbacks, Shelton said the electronic security system was installed and running by the original deadline. She credited the contractor, her team, museum personnel and Huntsville Center Project Engineer Michael Bailey with their success.

Bailey said the museum’s security system is unique because many of the galleries have revolving exhibits, which required a flexible design that allows museum personnel to move security components as the exhibits change. They also took measures to hide security equipment as much as possible.

“We didn’t want gaudy cameras and devices to take away from the historic nature of the museum,” said Bailey. “Cameras are everywhere, but you wouldn’t know it.”

The museum is now open with enhanced health and safety measures for visitors. Free, timed-entry tickets are available at thenmusa.org/visit/#get-tickets.