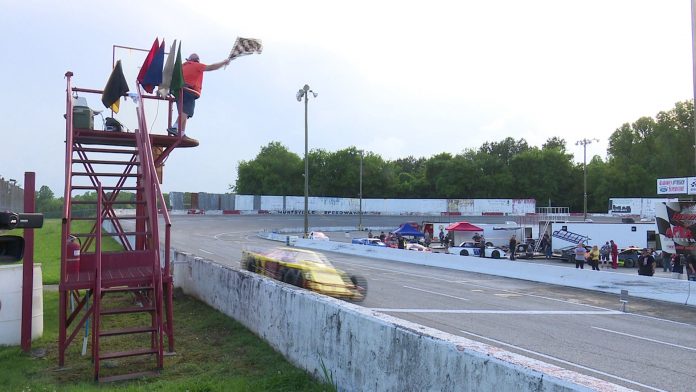 HUNTSVILLE, Ala. – Some area churches are getting back to the basics on Sunday mornings. The Alabama Department of Public Health and the CDC have issued specific guidance to ensure safe worship services.

One Huntsville pastor said his church has had no difficulties following guidance closely.

“I just believe that the church is essential,” explained Life Church Lead Pastor Kevin McGlamery. “In fact, our president made that declaration yesterday.”

The church is preparing for their second on-site service since the pandemic began.

The parking lot at Life Church Huntsville remains rather empty during the week. However, McGlamery says he expects his members to return at a steady pace in the weeks ahead.

“We had an incredible response last week, and we still anticipate that same thing,” McGlamery said.

But not every Alabamian is anxious to return to their church home immediately, considering the state health department confirmed a Chambers County church service was the source of Alabama’s single largest COVID-19 outbreak.

McGlamery said he and his staff have made a number of adjustments to Life Church’s sanctuary and lobby to keep congregants safe and healthy.

“Our sanctuary typically seats around 1100, and we have seats in our sanctuary for 500, with an overflow space,” McGlamery said.

McGlamery added his staff has spaced seating as best they can.

“Space between our rows, extra sanitation stations, also cleaning and sanitizing prior to, in between, and after services,” McGlamery said.

In compliance with CDC and state guidelines, refreshment stations are closed and hand sanitizer has been made readily available throughout the building

McGlamery said he encourages medically vulnerable individuals to continue tuning into the church’s live stream. However, he said he is comfortable with opening the church’s doors for worship.

“I think we’ve all been to the same Walmart, the same Publix, the same Costco, the same Sam’s and Lowe’s or Home Depot,” the McGlamery explained. “We’ve probably touched all the same spaghetti sauce and spaghetti noodles if it was available. And we’re doing everything that we can. One of our charges as a church has done everything we can to make sure our environment is as safe as possible, as clean as possible.”

He said the church has done well adapting to virtual engagement, but there is nothing like the live atmosphere of worship.