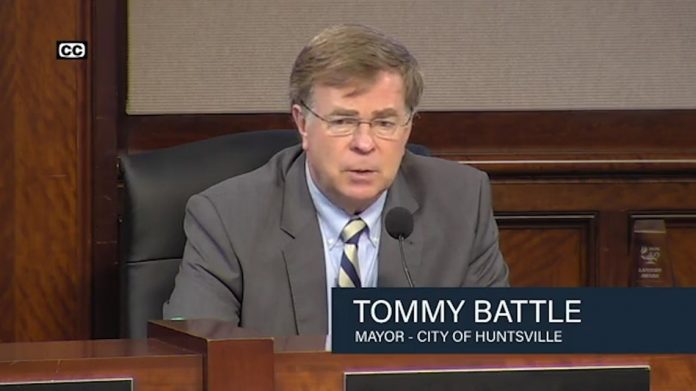 "We fully expect by the end of this week to see a little bit of a second surge," said Huntsville Mayor Tommy Battle.

"To the west of us, Morgan and Franklin counties are going through some significant upshots in the number of cases. The east and south of us, we're surrounding by counties whose numbers are increasing," said Huntsville Mayor Tommy Battle.

In Madison County, the number of coronavirus cases remain relatively low when comparing it to surrounding counties seeing double the number of positive cases.

"We're watching our neighboring counties very closely. There have been an increase of cases in those counties."

"We fully expect by the end of this week to see a little bit of a second surge. We need to make sure we flatten that curve as much as we can."

With protests continuing across the county, more people are gathering in large groups.

"Rule of thumb for gatherings, physical distancing, if you give it 6 to 10 feet it's not going to go anywhere. If you use masks you're going to keep your germs to yourself and be heard."

"There's a lot of hurt people out there right now. We saw something you should never see. What we saw in Minnesota really shook each of us to the core. On Saturday, 250 people came together around the courthouse. They marched, they chanted, they had signs but they did what we're supposed to do as a society. As a country. And they wore masks too. So they were aware of COVID-19 out there. Maybe it wasn't as much social distancing in that but they were also aware that they had to do something for their fellow man." said Mayor Battle.