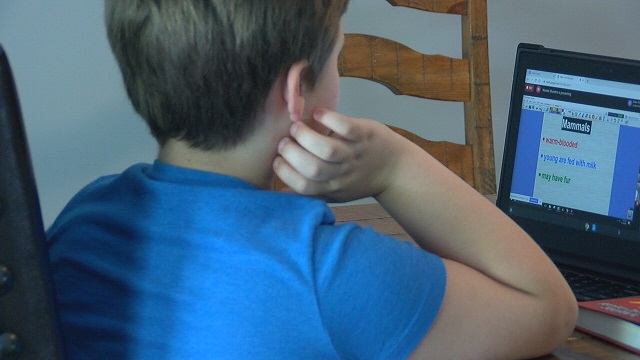 Many parents we talked to said virtual school is going pretty well for their family so far, and although keeping their kids at home isn't ideal, they're glad they're safe.

Blake Nelson, a third-grade Huntsville City Schools student, let me tag along for math and science lessons on Tuesday.

"It's new, but I also like it. It's different because we're on the computer," he said.

Nelson's teacher shared her computer screen with the class so they could interact.

Laura Huckabee-Jennings, said her daughter is a senior in the school system. She told me the first few days are about getting prepared for the year, and everything is going smoothly.

"The teachers are way more organized. The poor things in the spring they just had to jump into it without a long time to prep. They've had the summer. It looks like they have done a lot of work getting to know the platforms and preparing their curriculum to be effective online," she said.

"She's able to get all of her homework assignments done by 3 o'clock, so it's actually much easier to manage her time than if she was face-to-face," she said.

She understands families with younger students are probably not having as easy a time.

"It's a really different animal when your kids are small. They're attention span is much shorter," Huckabee-Jennings added.

Nelson said while his parents are busy at work, they also have to make sure he stays on task.

"My parents will get mad at me if I get up out of my seat and they actually see me going to do something else away from the school thing," he said.

The only thing the parent we talked to said she hopes she sees more of is one on one time with the teachers for students. She hopes that something the district works on in the coming days and weeks.