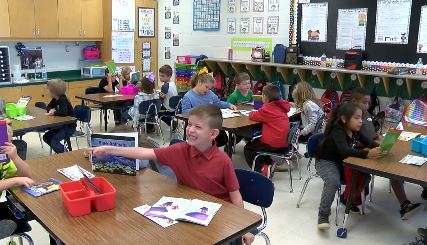 
Some parents still have questions about the Huntsville City Schools' plan, like who all has to get tested when a student tests positive for the virus.

Many parents WAAY 31 spoke to say there are still unanswered questions. One of the biggest concerns we heard had to do with social distancing. Parents say the plan to social distance children both in school and on buses isn't clear or realistic.

"We just don't know enough and it really worries me. Also the Huntsville numbers have gotten so high recently," said Moody.

Moody says she doesn't think the district will be able to protect students the way it plans to.

"She's not going to be able to maintain a social distance. I don't know that many seven-year-olds would be able to," said Moody.

The district says when it comes to school buses, one student will sit in each seat, and those who live together can share one, but moody says that's not practical.

"Bus drivers already have enough responsibility, making sure they are watching the road and don't get in a wreck. How are they going to watch these kids?" said Moody.

The district also says there's not way to get any new buses for the upcoming school year, since manufacturers are running behind.

Moody isn't the only one with concerns.

"There's no way they are going to put one kid or even a house of kids in a seat for social distancing," said parent, Eleanor White.

Moody says after reviewing the district's plan, she feels more comfortable keeping her daughter at home.

"There's so many questions obviously that don't have a good answer," said Moody.

Huntsville City Schools tells us the extent to which children will be able to social distance depends on how many return to the classrooms this Fall.

Parents have until July 20 to make that decision.