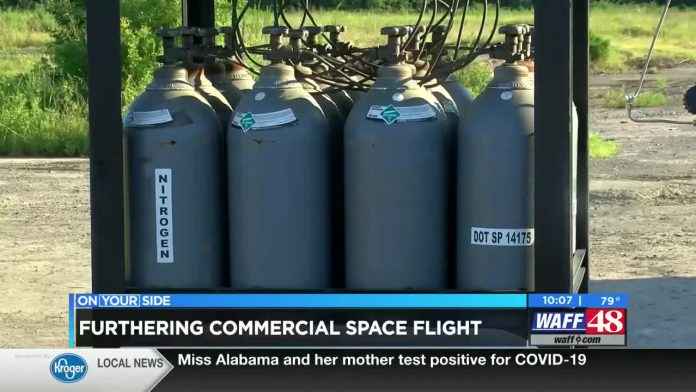 Sending satellites into space doesn’t have to break the bank, at least eventually. That’s the message from Chris Barker, the president of Earth to Sky.

Kerosene and liquid oxygen are some of the components used to fire the engine, giving a rocket enough power and speed to enter orbit.

The ingredients are affordable, and a lot cheaper than what other companies are trying to use, which means it will be cheaper to launch a satellite into space if everything works and goes according to plan.

“Our particular rocket engine here will generate up to 16,000 pounds of force, which in equivalent terms is about 18,000 horse power,” said Barker.

State Sen. Steve Livingston says smaller engines like this and using smaller rockets is great news, but he wants these rockets to get launched into space without having to cross state lines.

"They have a great idea of being able to use an offshore launch platform in South Alabama off of Mobile Bay perhaps using one of the oil rigs down there that's been retired for a mission control situation and launching off of barge so there's no damage to the rig it sounds like a great opportunity for Alabama," said Livingston.