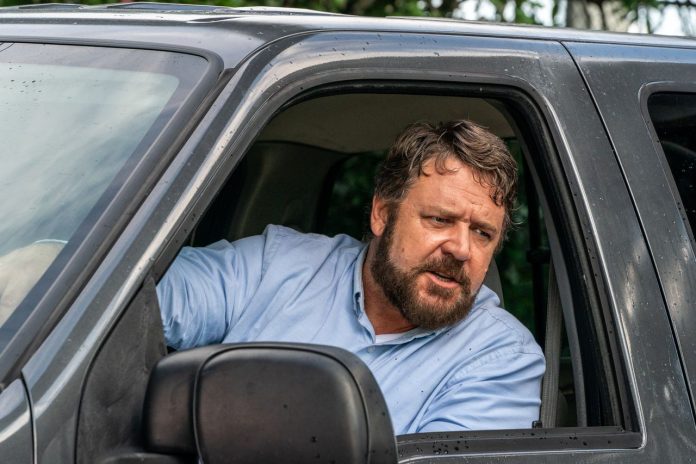 
Touchstar Cinemas Madison Square 12 is pulling the curtain back on a new drive-in theater. The one-screen drive-in will debut Aug. 20 with an 8:15 p.m. showing of “Unhinged,” a new thriller starring Russell Crowe.

The 40-foot screen is built into the parking lot on the left side of Touchstar’s building, address 5905 University Drive N.W. in Huntsville. Along with Touchstar’s pre-existing 12 indoor auditoriums, this will give the theater 13 total screens on which to show movies.

Touchstar Madison Square has been working on their drive-in for about 30 days. The theater’s owner, Karishma Dattani, decided to open their drive-in with “Unhinged” because it’s the first major Hollywood release to theaters since coronavirus changed nearly every facet of public life mid-March.

"Everyone has been eagerly awaiting new releases," Dattani says, "and now that there is one, guests can enjoy it on the big screen in the safety of their own vehicle. The ongoing pandemic has definitely brought about challenges to all industries. Drive-ins have started coming back in popularity over the last few months and we thought it would be terrific to offer it in Huntsville too."

Touchstar Madison Square's drive-in will operate nightly. Right now, they're planning on doing one show a night, at 8:15 p.m. "Some nights we might offer two shows," Dattani says.

Tickets are $8 per person, and available for purchase online or at the parking lot entrance. The drive-in will be able to accommodate up to 98 cars. Touchstar will open up parking for their outdoor movies 30 minutes prior to showtime, and spaces are first-come-first-serve.

For Huntsville residents who like to watch big new films on big screens, the drive-in couldn’t arrive at a better time, given coronavirus concerns and complications. Upcoming new releases Touchstar plans to show at their drive-in include two of the year’s most anticipated titles: Director Christopher Nolan time-traveling spy saga “Tenet” and superhero sequel “Wonder Woman 1984.”

This appears to give Touchstar the only permanent drive-in setup in Huntsville showing new releases. The Whitesburg Drive In Theatre was a fixture for local moviegoers from 1949 to 1980. Current drive-ins in Alabama include Athens’ Cinemagic, Boaz’s Sand Mountain Twin and Centre’s 411 Drive-In Theater and Grill and Guin’s Blue Moon. Touchstar previously partnered with RCP Companies for a pop-up drive-in showing previously released movies.

The new drive-in isn’t the first adaptation Touchstar Madison Square has made during the pandemic. Since June, the theater has offered private rentals of four of its 12 indoor auditoriums. Guests wary of how seriously others at a public movie showing might be taking coronavirus safety can watch a film with a group of family or friends. Most of the rentals have been for groups of 15 to 20.

Touchstar’s private rentals start at $100 for showings of classics like 1984 comedy “Ghostbusters” and $125 for new releases such as indie horror flick “The Rental.” “The private screenings have been a tremendous success,” Dattani says. “We are selling out of all available shows daily.” Upcoming Marvel Comics based film “The New Mutants” will be available both as a private rental and drive-in showings.

In addition to Touchstar Madison Square, Dattani’s family owns three other theaters, all of them in Florida. She welcomes the news that much bigger national chains, including AMC and Cinemark, are reopening after being shutdown due to the pandemic. “This is great news for our industry,” she says.