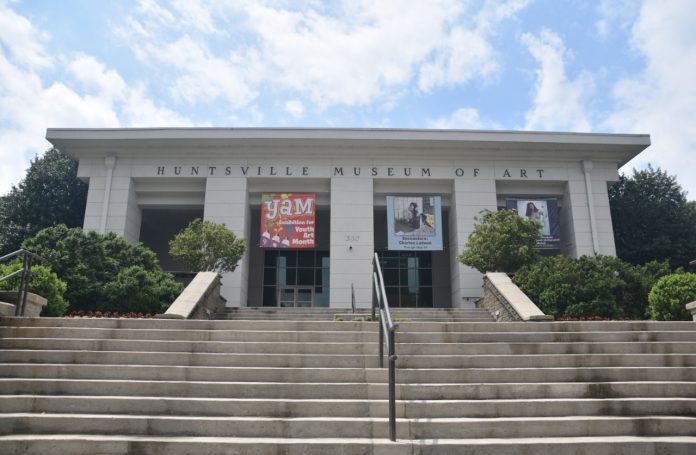 
The Huntsville Museum of Art in Alabama would have been full this Saturday with people attending the city's annual Panoply of the Arts festival in Big Spring Park downtown. Instead, the museum, the arts community and many of Huntsville's nonprofits are struggling financially.

Huntsville Mayor Tommy Battle thinks city government is “going to make it” through the pandemic with a painful but manageable hit of $15-$20 million to its 2020 budgets.

But the outlook is scarier for what Battle calls “the second tier” of local government: the cultural organizations that contribute to Huntsville’s quality of life and economy, but need and get city financial help.

“What happens to the Von Braun Center, the museums?” Battle asked in an interview late last week. “Some of these are ‘our’ organizations. There’s going to be a second-tier cascading effect we’re going to have to deal with. We’re just going to have to be careful.”

City Director of Finance Penny Smith updated the Huntsville City Council on the Rocket City’s finances Thursday night, although she presented no actual numbers. The city collects its taxes and fees in arrears, she said, meaning March sales taxes were due in April. Figures available now are for the last two weeks of March, although officials are watching April trends.

“It appears the sales and use tax will do better than expected,” Smith told the council. “This number is up and is a large portion of our revenue, but it is not the whole picture.”

Huntsville’s general fund budget totals $228 million this fiscal year with the largest items – nearly half the total – being police, fire and rescue, and public works. The largest sources of income are sales and use taxes, property taxes and business licenses.

Battle has asked city departments to cut spending by 5 percent, and he has put a limited hiring freeze in place. “These are all the things we had to do back in 2008 when we had the recession,” Battle said.

“We’re still pretty comfortable with the number we’ve put out ($15-$20 million),” Battle said. “We think we’re going to make it through, but we’re still in kind of a wait and see mode, because we really won’t know until we see April numbers, which won’t come out until the end of May.”

The city gave $12.7 million to its cultural institutions this year with the largest allocation of $6.6 million in operating and capital funds going to the Von Braun Center. Some of that went to make final payments on the small new music venue called Mars Music Hall, Smith said. The Von Braun Center and all of its music and concert spaces are closed now.

Lodging taxes are down 50-60 percent and expected to fall 70-75 percent overall. “These funds support our tourism sector, including the Von Braun Center, art museum, botanical gardens and convention and visitors bureau, among other things….,” Smith told the council. “These funds have a very shallow reserve and so they will look to the general fund for support in the coming months.”

The first wave of financial losses may have been smaller than the city was expecting, but businesses like salons, restaurants and gyms are closed along with theaters and museums. Still, Battle thinks the city’s large number of federal jobs is preventing what could be worse.

“We have some people unemployed and people in the hospitality and restaurant industries unemployed, but we have a lot of people still getting paychecks,” Battle said. “They are still working from home, able to do telework, so they still have money to spend in your economy, which helps us out.”

Battle said “a lot of manufacturing” in the Huntsville area is still working. “For the times, we have a very vibrant economy compared to what everybody else is having,” he said.

Huntsville’s City Council President Devyn Keith responded to Smith’s briefing by asking for estimates on what financial requests the city might get from its hospitality, tourism and cultural venues. Smith said she would work on that.