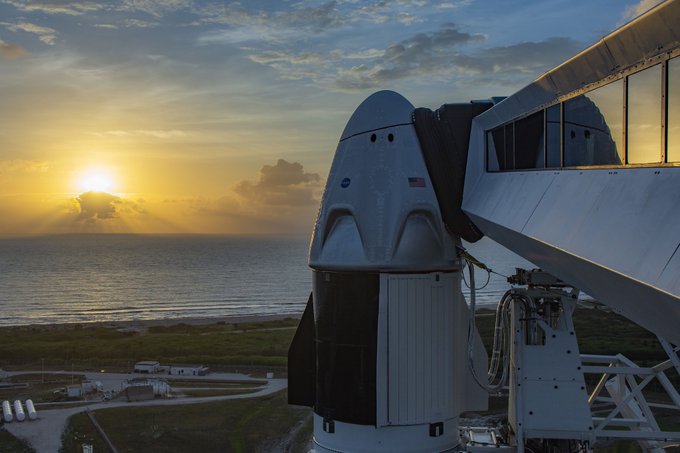 NASA and SpaceX postponed the planned launch of the SpaceX Demo-2 till Saturday.

The Crew Dragon spacecraft, propelled by a Falcon 9 rocket, will carry NASA astronauts Robert Behnken and Douglas Hurley to the International Space Station.

The Rocket City has connections to this launch.

The Marshall Operations Support Center had a team of engineers and analysts working with the Kennedy Space Center, Johnson Space Center, and SpaceX, monitoring launch conditions.

They have also conducted several simulations to prepare.

Center Director Jodey Singer told WAAY31 she is "proud of NASA and SpaceX teams for this historic accomplishment."

Singer is not the only proud one. People in Huntsville are excited to witness history.

"It's associated with Huntsville and it's just exciting to see that taking place again and what it could lead to," Huntsville resident Michael Perry said.

This is the final major test for SpaceX's human spaceflight system to be certified by NASA.

Singer said with the success of this launch, it allows us to lay down the groundwork for future exploration of the moon and Mars.