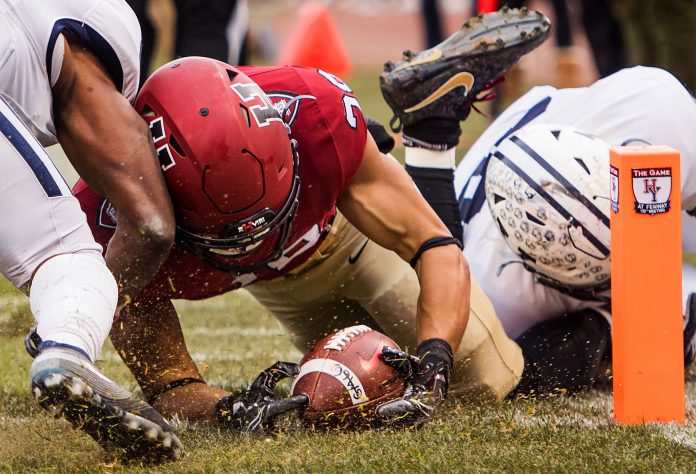 HUNTSVILLE, Ala. – The Huntsville High boys basketball team is just one of the many squads here in North Alabama trying to make up for lost time while they weren’t able to practice together.

Head coach Christian Schweers says his program has made a lot of adjustments during this time like everyone wearing masks, additional sanitizing, maintaining a six foot distance and more.

“We tried to be very cautious at the beginning and establish a routine about how we’re going to do things,” Schweers said. “You walk in the gym you see everybody with a mask on, they’re six feet apart, we have basketballs numbered every kid had their own ball this summer, they had to bring their own water. It was a little different but again it was a great opportunity to get to do that and get to be with our guys.”

In a powerful statement in the fight for social justice, over 100 Black MLS players, members of the Black Players for Change (BPC), took the field at the ESPN Wide World of Sports Complex in a joint protest before the opening match of the MLS is Back Tournament in Orlando (video above).The demonstration saw players lined up across the main field ahead of the kickoff of the match between Orlando City SC and Inter Miami CF. The demonstration was 8 minutes and 46 seconds long in a tribute to George

The media could not be loaded, either because the server or network failed or because the format is not supported.

Schweers says he’s really excited about the group of guys he has coming back this season, and he hopes his team gets to show what they’re made of.

“This coming year we’re going to be mature again,” Schweers said. “We’ve got a chance to be really, really good. I’m trying to keep expectations low because you don’t know what’s gonna happen but I like our team. I think we’ll be fun to watch. There’s a lot of coaches who like to take the Nick Saban approach and we don’t talk about championships and we talk about process and we’re that way on a daily basis, but I think in a place like Huntsville that hasn’t done it I think you can’t be afraid to talk about playing in the Final Four and playing for state championship.”