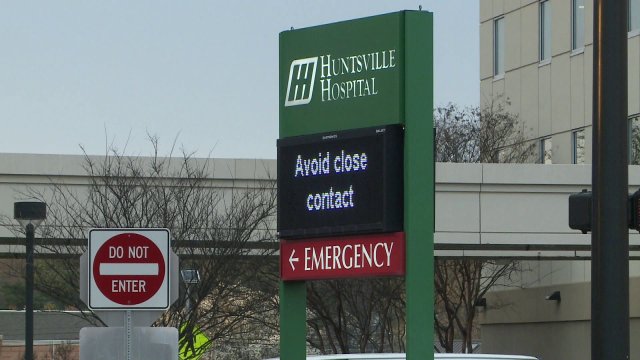 MADISON COUNTY, Ala. – Most of Alabama’s bigger cities and counties have shown spikes of a large number of confirmed COVID-19 cases. But that is not the case in Madison County.

WHNT News 19 spoke with Huntsville Hospital CEO David Sillers about how they say they were able to keep their numbers so low.

Spillers says the hospital system jumped on the virus months ago with the help of government officials.

He says Governor Kay Ivey first put together a COVID-19 task force on March 6th and at the same time, in Huntsville, local officials and area hospitals were also coming together to create a plan to stop the spread of COVID-19.

“I think some early efforts to locate those people through testing that we supplied. We had to find the people who had COVID-19 and get them isolated so they weren’t spreading the disease. I think the community coming together to separate and sanitize and not being in large groups helped,” said CEO David Spillers.

Mobile County’s population is several thousand less than Madison County but the county has more than 6 times as many cases with Jefferson County seeing more than 5 times the cases.

Spillers says politics weren’t being played. He attributes the success to the many jobs that involve technology in the Rocket City.

Officials believe that Huntsville employers such as Redstone Arsenal moving employees home quickly played a role in stopping the spread.

Spillers says the fight against COVID-19 isn’t over yet. He says that as businesses begin to open back up and life starts to move forward it is important for everyone to remain vigilant and cautious.